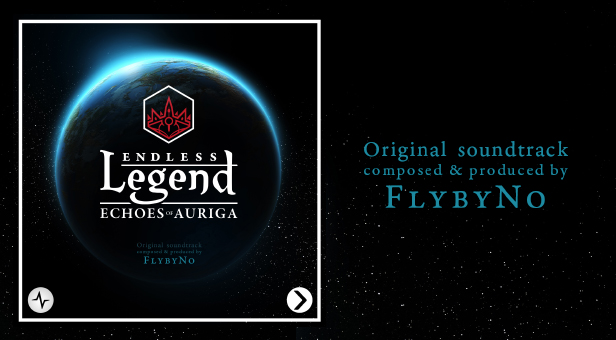 Lead one of eight civilizations each with a unique gameplay style and storyline.

Survive through cold dark seasons that drive Auriga to its end. Will it also be yours?

Experience an endless replayability with randomly generated worlds and quests.

Set the size, shape, topography and more... to create your own world to discover.

Expand beyond the unknown.

Assimilate powerful minor factions and use their special traits and units wisely.

Hire, equip and train your heroes to become army leaders or city governors.

Raise your civilization by finding mysterious artefacts and forgotten technologies.

Plus, in the Endless Echoes Of Auriga addition, you'll get the new soundtrack for the game!

Endless Legend's soundtrack has been praised by our community. Enticed by this success, FlybyNo has created 7 awesome new tracks totalling over 30 minutes of music to enhance your experience and enrich the game's atmosphere.