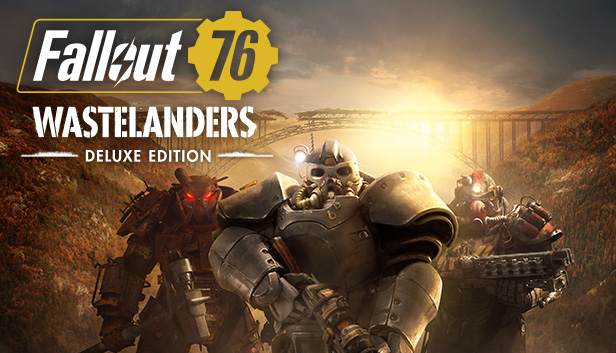 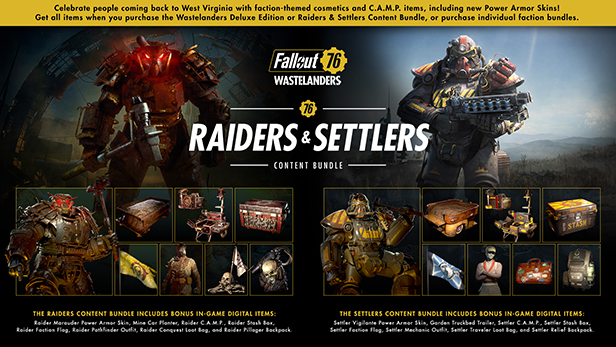 Bethesda Game Studios, the award-winning creators of Skyrim and Fallout 4, welcome you to Fallout 76, the online prequel where every surviving human is a real person. Work together, or not, to survive. Under the threat of nuclear annihilation, you'll experience the largest, most dynamic world ever created in the legendary Fallout universe.

Reclamation Day, 2102. Twenty-five years after the bombs fall, you and your fellow Vault Dwellers -- chosen from the nation's best and brightest -- emerge into post-nuclear America. Play solo or join together as you explore, quest, build, and triumph against the wasteland's greatest threats.

Create your character with the S.P.E.C.I.A.L system and forge your own path in a new and untamed wasteland with hundreds of locations. Whether you journey alone or with friends, a new and unique Fallout adventure awaits.

Use the Construction and Assembly Mobile Platform (C.A.M.P.) to build and craft anywhere in the world. Your C.A.M.P. will provide much-needed shelter, supplies, and safety. You can even set up shop to trade goods with other survivors. But beware, not everyone will be quite so neighborly.

The Power Of the atom!

Go it alone or with fellow survivors to unlock access to the ultimate weapon - Nuclear Missiles. This destruction also creates a high-level zone with rare and valuable resources. Do you protect or unleash the power of the atom? The choice is yours.

Nuclear Winter is a 52-player PvP Battle Royale mode, free for Fallout 76 players. Nukes have set the world ablaze and the battle to claim your spot as Overseer of Vault 51 has begun – will you be the last one standing or be consumed by the ring of fire? Rank up, unlock exclusive perks and build your C.A.M.P. to weather the storm in true Fallout fashion. Scavenge for weapons, supplies, and nukes to take on other players and creatures and earn unique cosmetic rewards.

Wastelanders is a massive free update to Fallout 76 that fundamentally changes the Wasteland. One year after the opening of Vault 76, other humans have returned to Appalachia. Factions of Settlers and Raiders aim to make the world their own and claim a rumored fortune. Embark on a new main quest of choice and consequence, interact with characters and their unique stories, discover the faction settlements of Crater and Foundation, and collect powerful new weapons and armor. Your choices decide their fates.