Warning! This product is region locked and it CAN be activated ONLY in the United States of America.

Earn up to $1.61 with our affiliate program!

FIFA 21 is a football (soccer) sports game developed by EA Vancouver and published by EA Sports. The game is yet another installment of classic football simulation series, dating back to the late nineties of the last century. In FIFA21, the player will once again play as their favorite team, participating in matches with other players through online multiplayer or against the computer offline. The video game offers improvements to its various modes, including FIFA Ultimate Team, Volta, and Career modes. Gameplay mechanics have also been revamped, offering even more intuitive controls. FIFA 21 was received positively by the critics, who praised improved gameplay mechanics, additional players I FUT mode, and demanding Career mode. 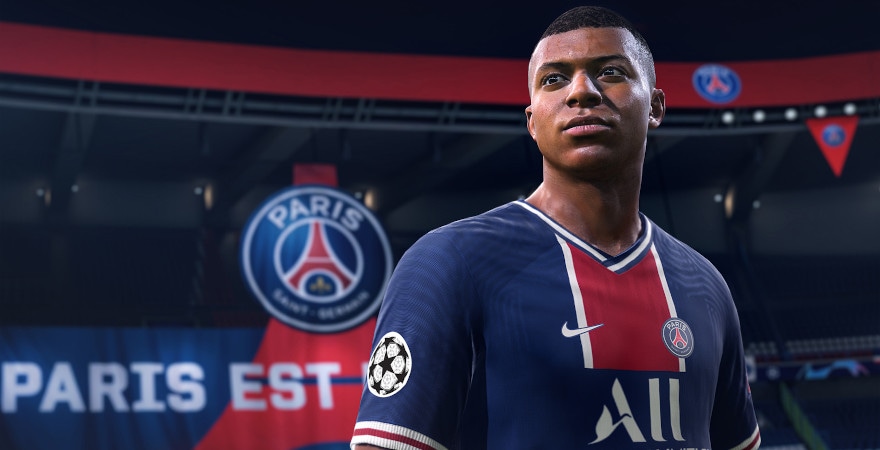 Much like all previous installments, FIFA 2021 introduces improved gameplay mechanics, to make matches even more exciting. The first new addition is improved footballer's intelligence. The strikers with high awareness stat will now pay more attention to the situation in the field and avoid unnecessary offsides. Likewise, defenders will pay attention to the strikers' actions, keeping them occupied and unable to receive the ball properly. The player will have to consider each pass carefully to avoid unnecessary loss of possession. The goalkeepers' behaviors have also been improved; they are now better at defending shots near the posts, so outmaneuvering them and sending the ball into either corner will not be as easy.

FIFA Ultimate Team returns in F21. It features the roster of 100 stars of international football past and present, with 11 new names added to the list. Now the player will be able to pick the stars like Eric Cantona, Ferenc Puskas, Petr Cech, Fernando Torres, and others and try out their legendary football skills in matches against other players online. The player will be able to upgrade their footballer's stats with special cards, awarded for accomplishing specific actions during the game.

A new addition to FUT is a co-op mode, in which the players can work together to win matches in Division Rivals, Squad Battle and Friendly modes. The player will be able to customize their FUT stadium with pyrotechnics, decorations, and music of their choice. The FUT Top 100 leaderboard has been upgraded to a Top 200. The player can score higher on the board by winning matches in Division Rivals mode. A streak of 30 wins will place them higher on the board, while any losses and draws will negatively affect the result. 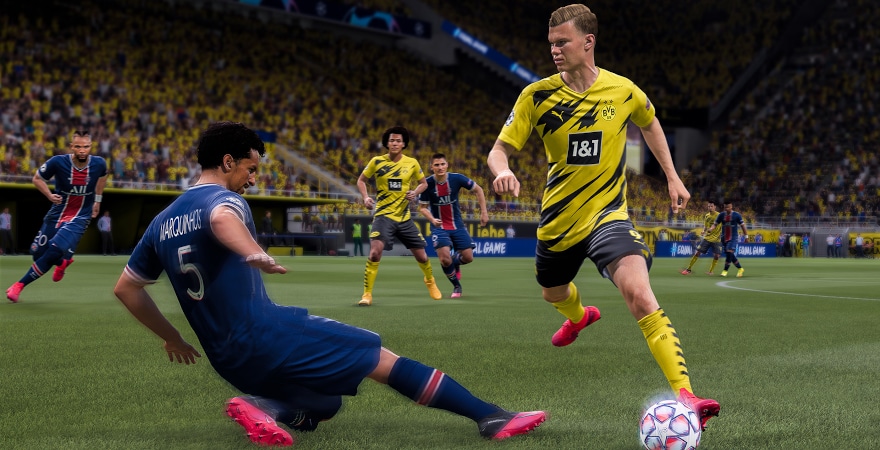 The career mode has been significantly improved in comparison to the previous installments of the series. During match simulation, instead of idly watching the events in the game unfold, the player can participate directly in match action. Stopping the simulation to take a penalty or a free-kick might often decide on the result of the game.

The player can also choose different positions for the players in their team, depending on their skills. A defender with high speed and endurance statistics might turn into a promising midfielder or even a forward striker. Moving the players around the pitch can help them develop their skills and make them more rounded footballers.

Play around the world, VOLTA-style

VOLTA mode introduced in the last installment of FIFA, allows the player to participate in matches similar to that of the FIFA Street series. The player controls a team of up to five footballers, with different rules depending on the type of match. The locations of VOLTA mode include the hot streets of Florida and Brazil, makeshift stadiums under English motorways, and exquisite courts located on the rooftops of skyscrapers in Dubai.

The gameplay of VOLTA mode remains mostly unchanged. The co-op play of FIFA Ultimate Team mode is also present in the form of VOLTA Squads. The player can team up with four friends and play against the opposite team. The mode introduces improvements in ball control and shooting, making the VOLTA experience even more exciting.

VOLTA Mode features a story mode called The Debut. The player's character will travel across the world with their squad, winning competitions, meeting the stars of football, including the legendary AC Milan striker, Kaká. 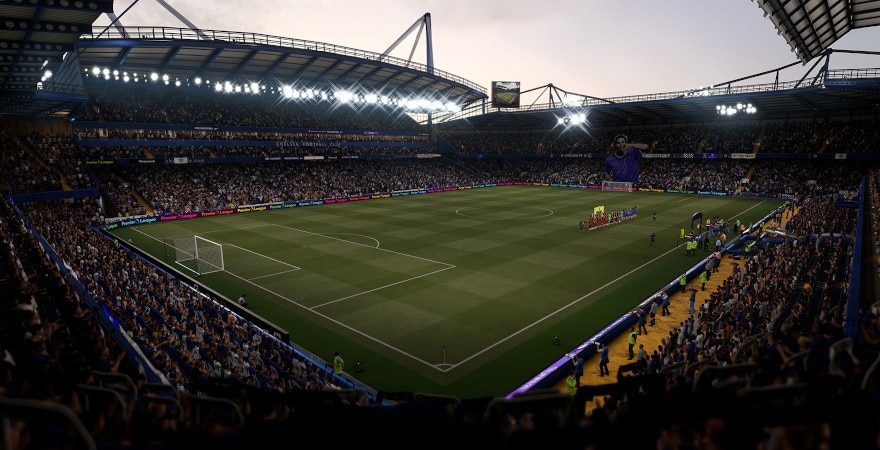 The initial reception of FIFA 21 was mostly positive. The critics praised the improvements in gameplay, especially those introduced in the Career mode. The possibility to stop the simulation and take direct control of the team was considered a necessary and welcome revolution to the stale formula of the mode. Various changes, as well as major and minor improvements to other features, were also positively received.