Redeem on Xbox One / PC

Your purchased Xbox One / PC keys will be available immediately. (More)
Once you buy Gears 5 Xbox One / PC Xbox on HRKGame, you are going to receive a digital activation code (aka CD KEY) of Gears 5 instantly. You can then activate your Gears 5 CDKEY on Xbox One / PC and start downloading it!

Earn up to $0.98 with our affiliate program!

5 Rates
Add to Wishlist
Loading
DLC Description Requirements Reviews
These are downloadable content for this product that you can purchase separately. Please note that you won't receive these items when you order the current product.
Out of Stock

Buy your cheap Gears 5 key and enjoy the next installment in one of gaming's most acclaimed sagas, and it comes packed with all-new exciting features:

Campaign: As all-out conflict looms, Kait Diaz flees to explore her ties to the enemy and realizes that she is the greatest threat to Sera – and herself. Take your character and weapon skins with you into new campaign playthroughs, and take advantage of bonus challenges and modifiers, thanks to the new campaign features.

PvP: May the best squad come out on top! Since its launch, Versus has added additional modes and material to cater to players of all levels of competitive experience, from casual to professional.

PvE: Fight for survival in a cooperative environment. Choose your character, class, and whether you want to hole down in Horde or fight your way through Escape.

Campaign for three players Cooperation: Fight with your friends in three-player online or split-screen cooperative modes.

It is necessary to have an Xbox Live profile. Create a free account or sign in with your existing profile.

Buy your Gears 5 key today and fight The Swarm and claim victory in another thrilling action Gears game! 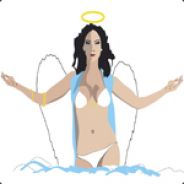