Earn up to $0.33 with our affiliate program!

When you buy a Killing Floor 2 - Deluxe Edition key you get:

What is Killing Floor 2?

Killing Floor 2 is a first-person shooter, the sequel to the first game, Killing Floor, that quickly became a cult classic.

When did Killing Floor 22 come out?

Killing Floor 2 first came out on PC via Steam's Early Access in April 2015. The game officially launched for Windows and PS4 in November 2016, and then it arrived on Xbox One in August 2017.

How to play Killing Floor 2 with friends:

Just add your friends to the game via the in-game menu and matchmake.

How much is Killing Floor 2 - Deluxe Edition?

Buy a Killing Floor 2 key and

Descend into continental Europe and contain a deadly threat. Thanks to Horzine Biotech's failed experiment, a deadly outbreak took out the European Union. Killing Floor 2 takes place one month after the events of the first game.

Civilization falls apart as the specimen clones take over more cities. Governments failed, communication was cut, and the military forces were utterly crushed.

Thankfully, the people of Europe know how to survive, so there are lucky survivors out there, hiding from imminent danger.

But all is not lost yet. Civilians and mercenaries banded together in these difficult times to combat the outbreak head-on. Privately funded operations started poping around all across Europe. Track specimen clone outbreaks and decide into which zed-laden hot zones your group heads into. Exterminate the threat and reclaim what's yours!

Killing Floor was already a bloody game, but Killing Floor 2 takes that to another level. A complex new blood system makes sure the violence stays as raw and gory as it can get!

Spill their entrails, sever their limbs, and splatter their blood on the walls as you rip through hordes of enemies. Just be careful; your enemies will also shred you to pieces if you're not careful.

Play alone or with up to 5 other people

Will you take on the horrifying specimens alone and be a one-man army? Or will you experience this hectic horde shooter together with others in its online co-op mode?

Those that buy a Killing Floor 2 key for the co-op can enjoy an array of unique playable characters, each with their own distinct playstyle.

Killing Floor 2 also features a 12-player PvP mode. One team plays as the Humans while the other plays as the Zeds.

The first match has the humans fend off the Zeds until they beat the boss or until they all die in a single round.

In the second match, the teams switch sides. Once the battle ends, both teams get a performance-based score. The winning team is the one with the highest score.

The terror of the Zeds

Fan favorites from the original game and brand-new monstruosities are your enemies in Killing Floor 2. The game features an improved and more intelligent AI that takes advantage of your weakness and misplays. Expect to get thorn apart systematically by the AI if you're not careful. Just don't let fear overtake your survival instincts, as that's a death sentence against these creatures.

A wide array of deadly weaponry

Improvised makeshift weapons, historical guns, modern assault rifles, and even crazy off-the-wall "Mad Scientist" inventions are at your disposal. There's a ton of different deadly tools for you to use against the Zeds.

A bigger and better Perk System

The Perks from the original game are back and better than ever! Your perks now progress with impactful talent choices. Specialize your playstyle with your perks and experience a compelling progression system that's complex and full of fulfilling milestones.

Melee combat is now on another level. You're in complete control of your melee attacks in Killing Floor 2. Different types of melee attacks will rip through the Zeds as you cripple and maim their bodies.

Slow the action down with Zed Time

Are you ready to see limbs flying off in slow time? The game enters slow motion when Zed Time starts, letting the players spectacularly obliterate the Zeds! 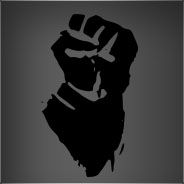