Sometimes you read a lot of things on Reddit, and this time we found some sad things about a grandma that wants to play TES VI while she still can.

There is one grandma that got famous at quite an old age. And the thing that got her famous is Skyrim, Bethesda’s famous open-world RPG in which we hunt down dragons. Now, this sweet old grandma is called Shirley Curry and she is 82 years old. Her YouTube channel is quite popular, and people really enjoy watching her play various RPGs, most notably Skyrim. Shirley commented on a video concerning TES VI, and her comment was gut-wrenching. The next installment in The Elder Scrolls franchise will be out in 2024 or something like that. That made Shirley worry that she wouldn’t be there to play the next TES game. 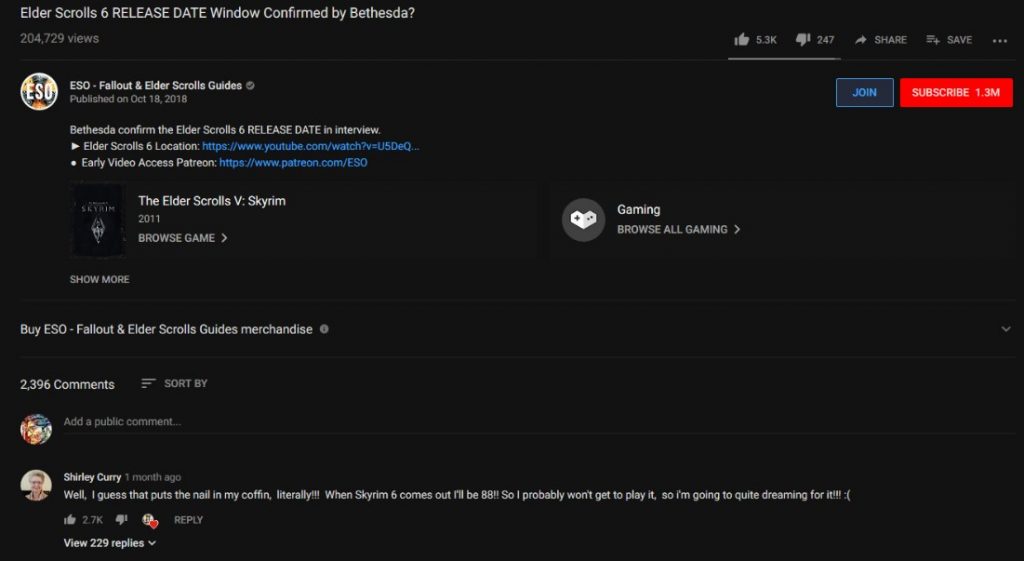 This definitely is one of the saddest things that we’ve seen in the last few days. TES VI won’t come out soon, and there is still no official release date given to us. Most of us only speculate that it will come out in 6 or so years. But, there is a petition going around that wants Bethesda to put Shirley into the upcoming game.

Everyone should go and sign the petition right now. It will only take you a couple of minutes to do so, but it will help one sweet old lady become immortalized in a franchise that she loves very much.