A New Patch Arrived On The Heroes of the Storm PTS

Before you release a patch for a game, you might want to launch it on your public test servers first to see what the players think about it. It’s also a chance for the testers to see if there are any bugs or problems with it. The latest patch for Blizzard’s MOBA, Heroes of the Storm, has arrived on the PTS, and it brought some changes, bug fixes, the new hero Deckard, and it changed Genji a bit so he’s not as frustrating to play against as he is on the live servers. 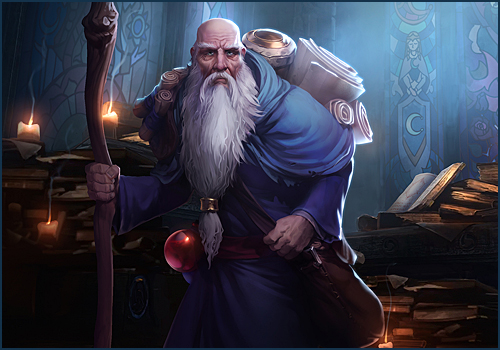 The newest hero, Deckard from the Diablo franchise, was added to the PTS, so players can try out this new support hero and his abilities. We already talked about him in a previous post, and his most notable features are definitely his Ultimate Abilities, one of which creates a tornado made out of books. If that isn’t the most amazing ability ever, then we don’t know what is.

Gul’dan also received some updates to his visual effects in order to make his Abilities more distinguishable in a battle. The Hero portraits in the Draft Lobbies are no longer the animated 3D Hero Skin models, but they will instead be using the 2D Base Hero art, which should help you tell one hero from another during the draft.

Now, as far as Genji is concerned, they buffed his base stats (Health, Health Regen, and Basic Attack Damage were all increased) but his Swift Strike ability got its range reduced, and his Dragonblade ability no longer resets the cooldown of Swift Strike if an enemy that was hit by his ulti dies shortly after, at least the first levels, but that functionality was added to his Level 20 Storm Talent version of the Heroic, which should make him a bit less flashy in the earlier levels of the game.

Is Sony Shopping Out The PS5?