After we complained a lot about not getting a gameplay trailer for Cyberpunk 2077, a walkthrough arrives. The cryptic Twitch live stream ended up showing 48 minutes of gameplay, so now everyone is happy.

Well, the time is finally upon us. We get to see the amazing cyberpunk world of Cyberpunk 2077. Slight pun there, but we are just so happy to see this game in action. For those of you that followed that strange Twitch stream, you got to see it first. Now, the gameplay has been uploaded to their YouTube channel, and you can even watch it in 4K if you want to. We don’t even know where to start from, since there are loads of things that we want to talk about.

The augmented look of the city and its people is rather impressive. They really nailed the cyber theme quite nicely. The characters as well are rugged and scary, which is fitting for the narrative that we’ve seen so far. The bigger picture of this story isn’t obvious to us yet, but this game is being made by the same people that brought The Witcher 3 to us, so we won’t be disappointed. Character interactions, some shooting, and a really impressive world. Those are the things shown in the gameplay demo which you definitely need to watch for yourself. It’s just hard to point out every single thing that we saw in such a long demo. But, Cyberpunk 2077 will without a doubt be one of the better RPGs in recent years. 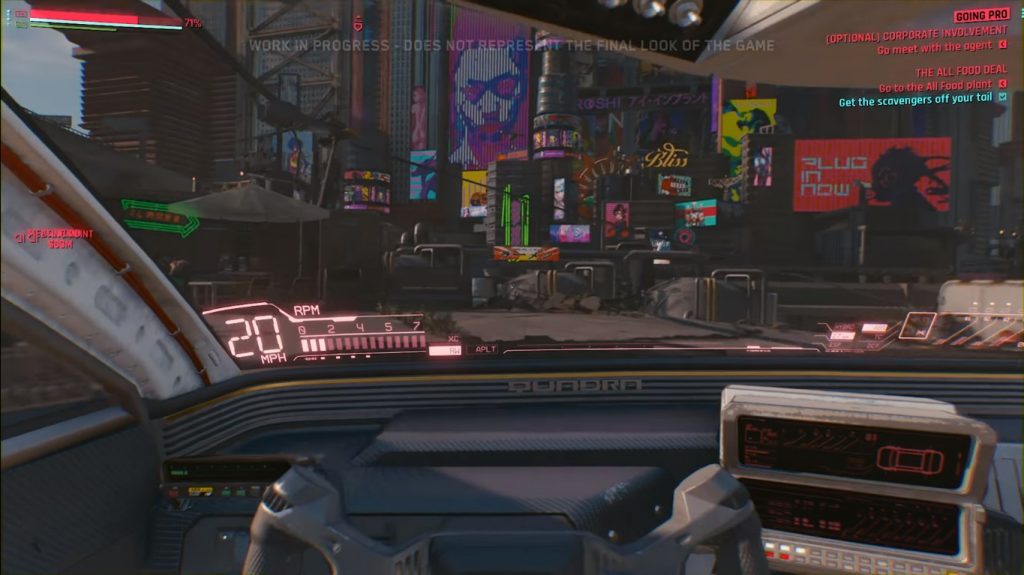 We also want to add that the driving looks absolutely amazing from the first person.