Dead by Daylight is celebrating the Lunar New Year with a festival known as Howling Grounds, which has recently begun in the Entity’s world. There are a number of cosmetic and visual changes that have been made to the asymmetrical horror game, which will get you in the mood for the celebration.

In the event, there will be a “Red Envelope” Offering, which brings about themed generators and hooks, courtesy of the Entity. Players will have the opportunity to earn Golden Coins, as well as Burnt Coins for fixing Lunar generators, or if they’re playing as a Killer, then the reward will come from hooking survivors on the Lunar Hook. 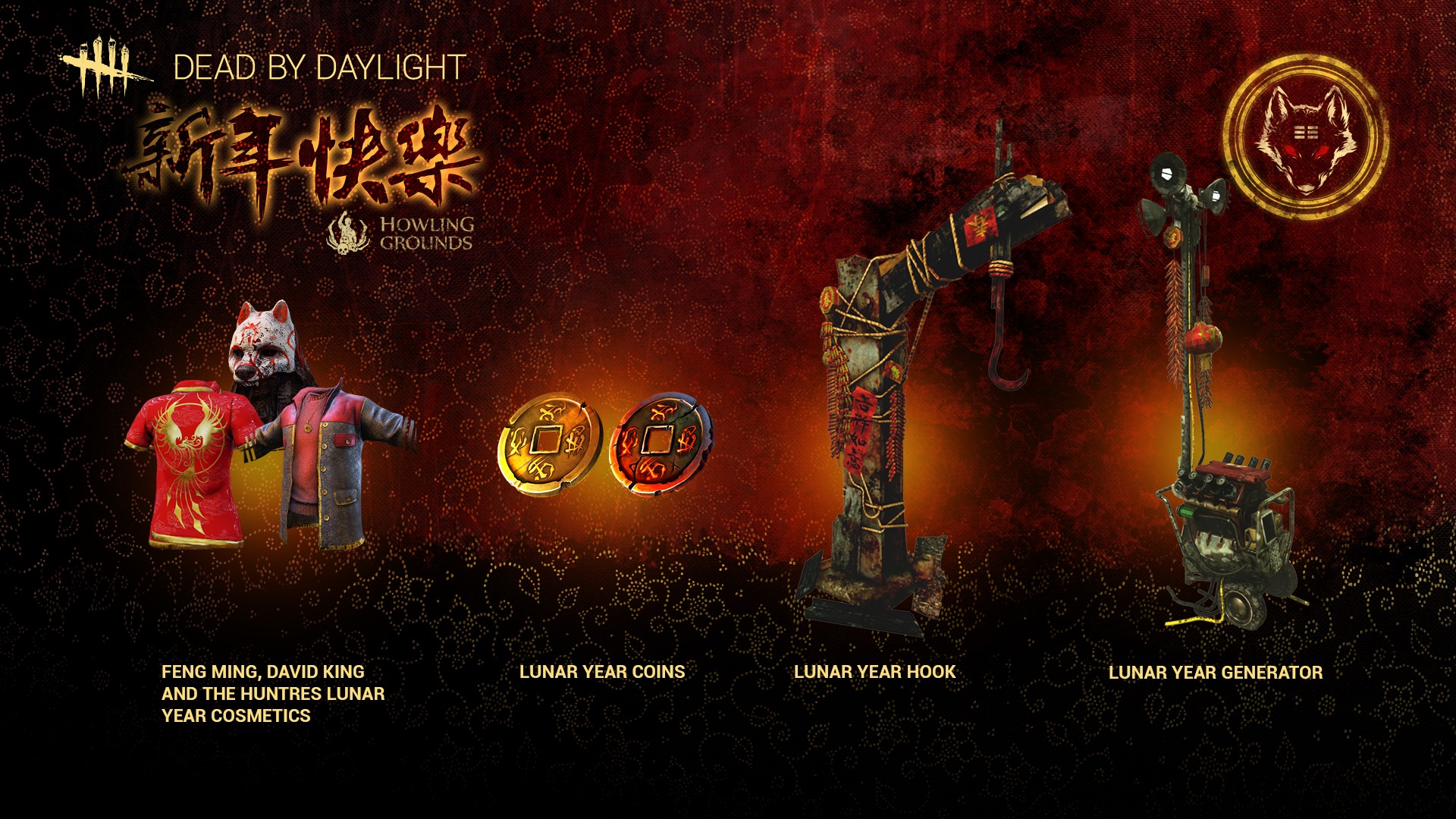 Players are encouraged to collect as many coins as possible, since they are the key to unlocking individual cosmetic rewards from the Howling Grounds. Those who complete individual challenges and collecting coins to go towards the Community Challenge, which in turn unlocks a third reward for all players to enjoy. It’s great to see that the game’s developers are still using the concept idea of having a community challenge, so make sure to take part whilst you still can.

Dead by Daylight is now available on PC, PS4 and Xbox One.