Deathgarden: BLOODHARVEST is on its deathbed, and since this unique multiplayer couldn’t find a playerbase it is shutting down soon. 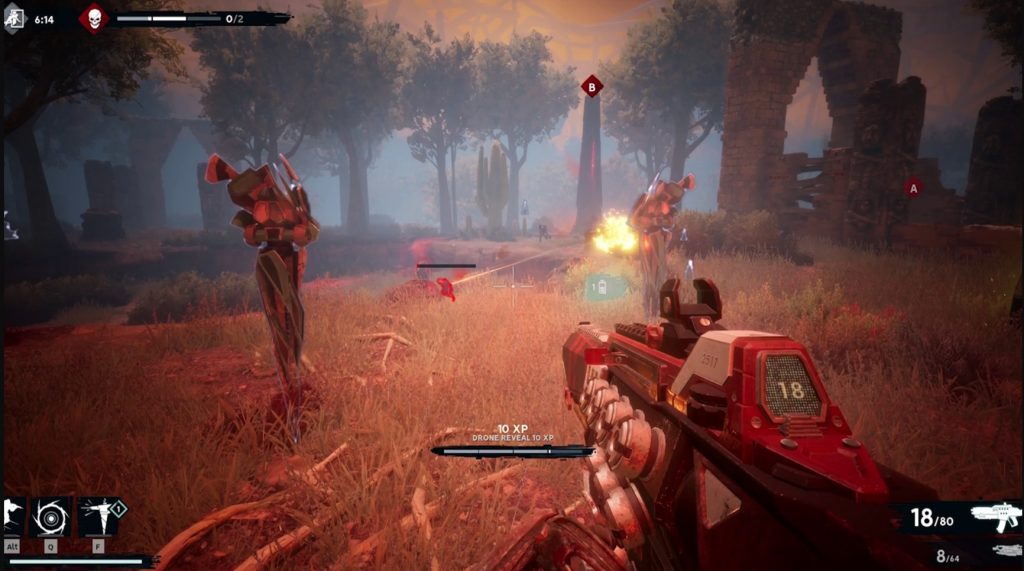 These multiplayer games in which one player goes against a bunch of others rarely turn out to be good or fun. Dead by Daylight kind of managed to nail down the concept. But, even that game has a lot of glaring issues. Deathgarden: BLOODHARVEST, unfortunately, didn’t create a fun enough gameplay formula. That’s why this multiplayer action title never managed to attract a stable player base. Because of that, the game is slowly shutting down. That’s right, another passion project from a small dev team is going to die. The devs said that the servers are going to be live at least until the end of the year.

If anything, Behavior Digital is giving the game a proper sendoff. A stream in December is going to be hosted where you will get the chance to play the game with the devs. Deathgarden: BLOODHARVEST is also completely free right now. So, if you want to try out a multiplayer where a bunch of Scavenger players needs to avoid one Hunter player (whose only mission is to kill all of you Scavengers folk), give it a shot. Just be careful. As I peeped the User Reviews on Steam I saw that playing as the Scavengers is not fun. Like at all. Which is usually the case with most of the games of this kind. This whole gameplay formula of one player hunting a bunch of others that need to hide/survive is hard to pull off. Unfortunately, the devs of Deathgarden didn’t manage to figure out how to make it work or feel enjoyable for everyone.

Even though Deathgarden: BLOODHARVEST is shutting down, if you want a game of this kind, try Dead by Daylight. Purchase a Dead by Daylight PC game key on HRK Game for a great price right now!

Will Alyx Bring Us Closer To Half-Life 3?