Fallout 76, it’s fair to say, has had something of a tough birth.

It’s been a little over eight months since Bethesda’s attempt at turning Fallout – a historically single-player, story-driven RPG – into a shared online role-playing game where players build their own stories and cities hit the shelves. In that time, the game has suffered through hundreds of scathing reviews, forced players to contend with slow, buggy gameplay and been the centre of countless controversies both large and small. 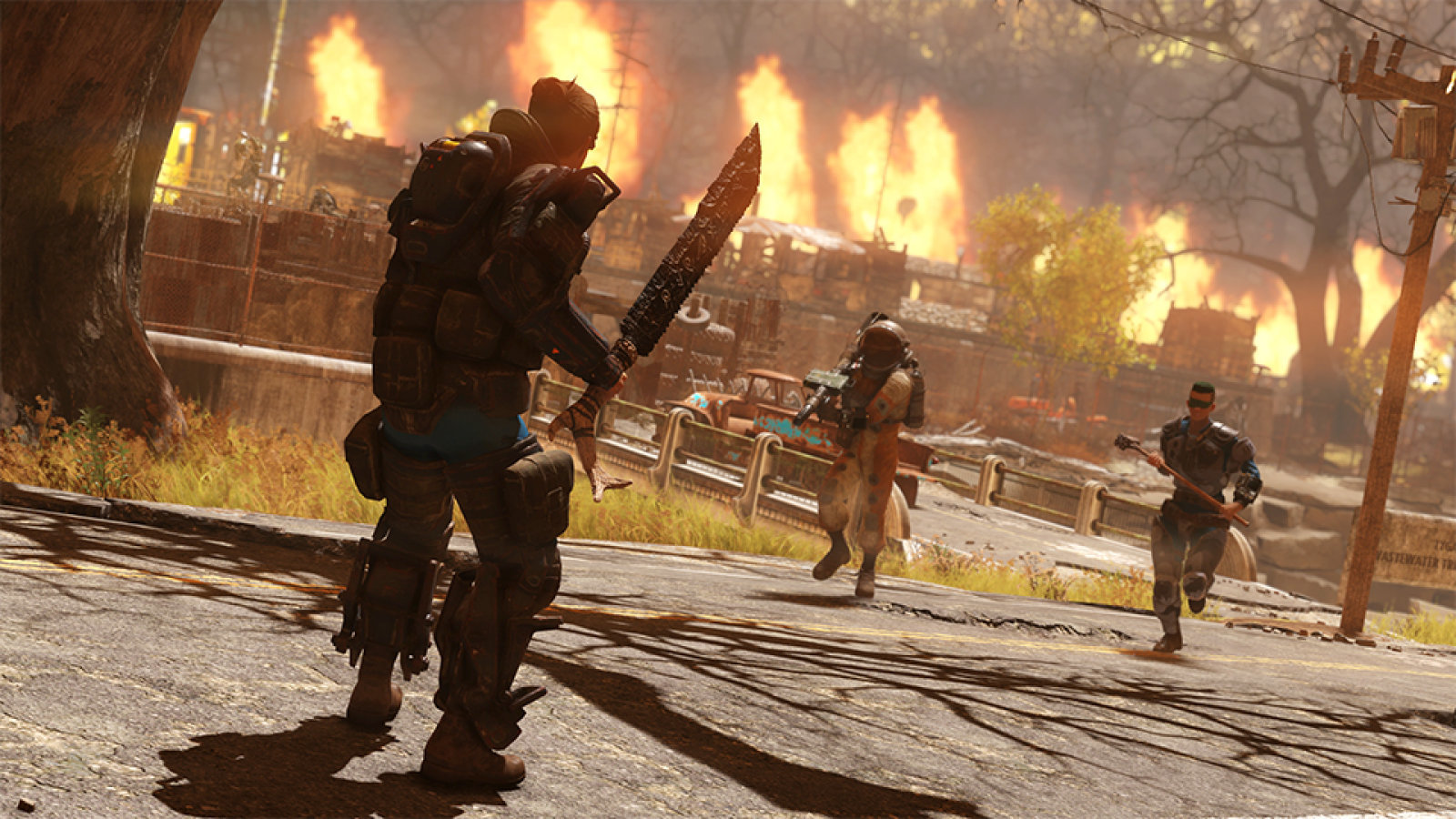 Those controversies have ranged from false advertising around the £145 Fallout 76 Power Armor Edition (and its subsequent handling by the company) to accusations from the player base that the game is little more than cynical attempt to force players into handing over hundreds in microtransactions.

On another game, these issues might have merely muddied what was – at its core – a solid and entertaining title. However, the game has struggled to please even at its base level, with Fallout purists and new players alike struggling to get much value out of the title.

Today, estimates suggest that Bethesda has sold fewer than 500,000 copies on PS4, the platform which typically sees the largest sales out of Xbox One, PC and PS4. It’s a frankly embarrassing number given the success of previous Fallout titles and, so, Bethesda is taking steps to transform the game, taking to the stage at E3 2019 with some huge changes in tow.

Bethesda had plenty to crow about at E3 2019, from the forthcoming Doom Eternal to Arkane’s Deathloop, Ghostwire: Tokyo and Wolfenstein: Youngblood. However, a big portion of its conference was dedicated to that unavoidable elephant in the room: Fallout 76.

At last years conference, Todd Howard (Bethesda’s executive producer) leant into the lack of NPC’s, suggesting that lacking them was what separated Fallout 76 from core Fallout titles and that it would allow players to build their own stories.

This year, after what can only be described as a terrible launch, he rowed back those comments, making the first of two major announcements: the return of NPCs, complete with dialogue trees.

It’s a big step in attempting to win back long-time Fallout fans, but it was the second announcement which raised the most eyebrows – a Battle Royale mode named Nuclear Winter.

It’s something of a cliché these days to launch a Battle Royale mode with your game. After the success of PUBG and the cultural domination of Fortnite, developers have been keen to introduce similar modes in their own game to capture a little bit of that lightning in their own bottle. We’ve even seen developers like Respawn create entirely new games built around the mode, like Apex Legends.

Now, Bethesda is joining in the fun with their very own Battle Royale mode in the forthcoming Wastelanders expansion pack, coming free to all players of the game.

Like most BR games, it includes a wall of death which shrinks throughout the game, constricting the map until players are forced to duke it out in close quarters combat. It also features random weapon placement, forcing players to duck and dive across the map, looking for the best gear as they fight other players.

However, Fallout 76 has a couple of its own tweaks. Firstly, it lowers the maximum player count to 52 players, with teams broken out into groups of four with the narrative aim of becoming the overseer of Vault 51. 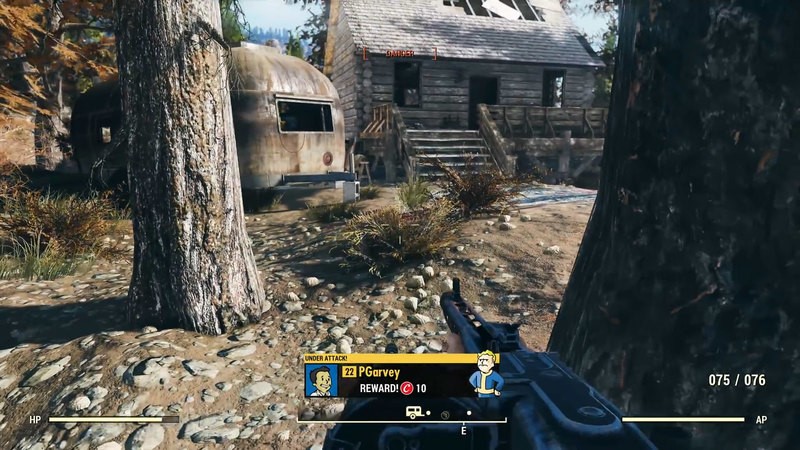 Secondly, players can choose their starting point and will at first be invulnerable and invisible to other players until they attack someone or grab an object, giving players enough time to get to grips with their landscape.

Thirdly, Nuclear Winter carried over the CAMP kits from the regular mode, allowing players to build shelters, traps and bunkers on the fly, in a way that’s somewhat reminiscent of Fortnite’s central building hook. Oh, and of course, it’s got classic Fallout weapons like mini-nukes.

But is Fallout the right fit for a Battle Royale game? Thematically, absolutely. Post-nuclear horror is central to Fallout lore. However, Fallout 76’s detractors haven’t exactly been crying out for a Battle Royale mode. They’ve been calling for bug fixes, better community support and a solution for the problem or rampant cheating within the game.

Nevertheless, Fallout’s Battle Royale mode is on the way.

It’s early days in the beta of Nuclear Wasteland, but already the debate around luck and skill is raging.

Combat has never been a particularly strong suit for the series, which has instead relied on the VATS system to deal with accurate aiming. In Fallout 76, with traditional VATS unable to function, players have had to deal with awkward aiming in PvP combat.

With a Battle Royale game, where top players demand absolute consistency and precision, Fallout’s wonky aiming could prove a significant issue. Games like Apex Legends have increased the amount of top loot in order to put more players on a level, skill-based footing.

A Battle Royale game that acts like a random number generator (RNG) though, pumping out completely random gear? That sounds like a recipe for disaster. What works in slot games doesn’t work in third or first person shooters, because while the spin of a slot machine lasts seconds, a Battle Royale game can last upwards of 40 minutes. You can try to fool the RNG in a quick game, but even then it’s said to be relatively ineffective at drawing a win – so it’s certainly not an option in the longer playing sessions that Battle Royale games demand.

What does Nuclear Winter need to do?

To succeed, Nuclear Winter needs to do two things: address issues of balance and completely overhaul its aiming and movement systems.

The former is tough, but doable with significant player testing. Battle Royale games are trending towards skill rather than luck, and Bethesda would do well to avoid falling into a luck-based mode.

The latter? Well, that’s a bigger issue. Bethesda has already promised improvements to the aiming system, but these are issues which have existed as far back as Fallout 3 on the PC, Xbox 360 and PS3. If it can get a grip on that issue, Fallout 76’s Nuclear Winter mode might just attract a few more players to the game – especially now that it’s sold at a drastically lower price than its launch.

Would you play a Fallout Battle Royale Game? Let us know in the comments below.