The Gears of War 4 Year of the Dog Event 2018 kicks off today, bringing a number of incentives for players to get stuck into the popular shooter once more.

Starting today, there will be a global double xp event running, which will last until February 19th. Also starting today is the “Pouncer Madness” Horde Event, which sees players battling their way through 25 challenging waves on either Normal or Insane difficulty. Players are guaranteed to receive a Midnight Omen Weapon Skin for completing a run through Horde mode. To minimize duplicates, there will only be two skins available, being the Midnight Omen Enforcer or Boomshot. These rewards are only on offer until February 23rd. 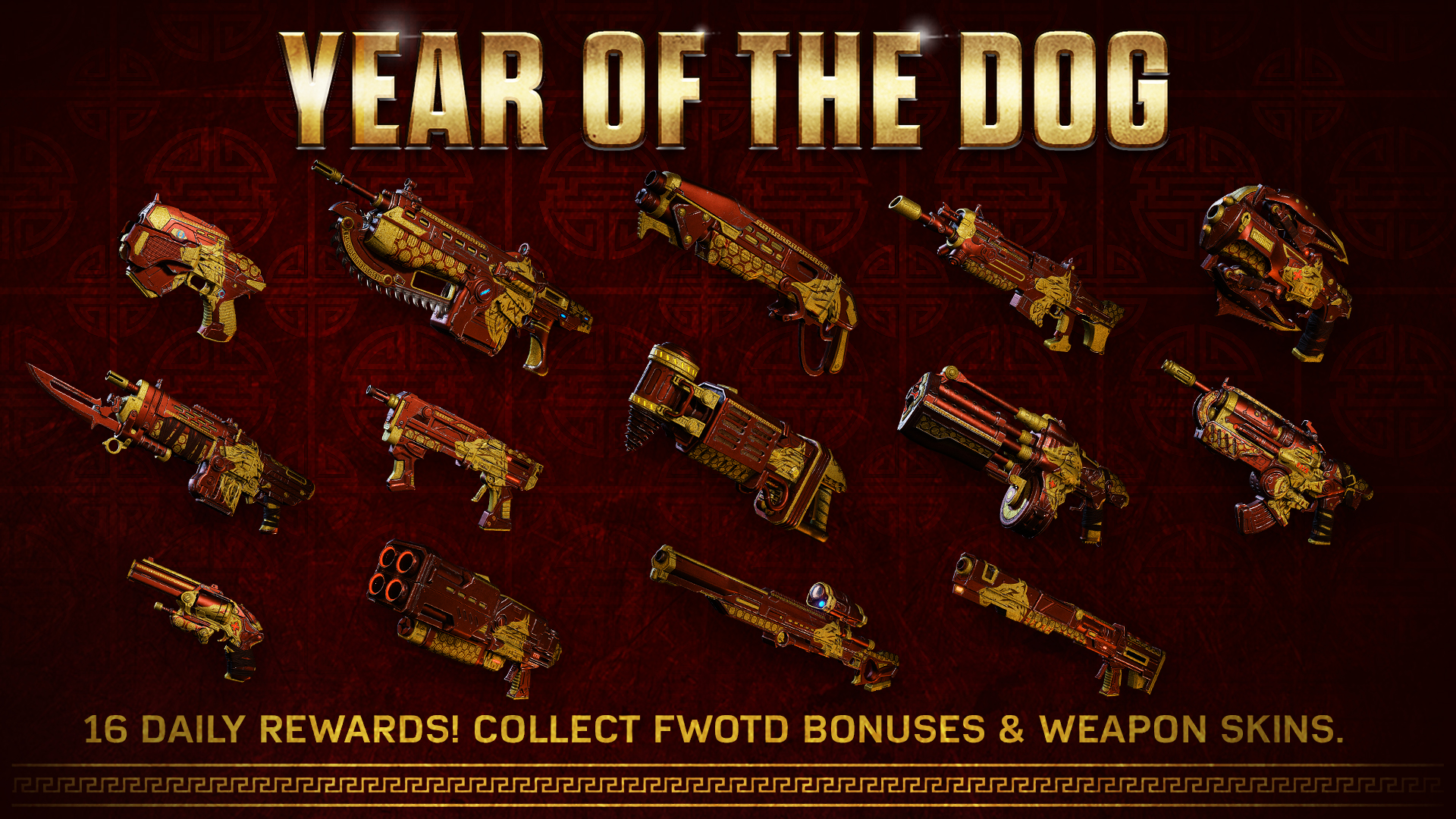 There are now going to be harsher penalties to those who quit or act idly too. The suspension time will now stand at thirty minutes for quitting out, which will be reduced should you rejoin a game. As for being kicked for being idle, the times now stand at three minutes in Ranked, and 90 seconds in Social, so don’t be caught hanging around for too long, lest you get kicked out of the game for doing so.

Gears of War 4 is now available on Xbox One and Windows 10 PC.