We have seen quite a lot of these games that combine MOBA and shooter elements, and while they have certain differences between them, they are all mostly the same thing. But, we always have those that stick out of the crowd, and this time it’s a game called Gigantic. Unfortunately, if you thought that this is an MOBA with giants fighting each other, it’s not, but it does have gigantic creatures in it. You can watch the Arc Open Beta trailer down below to see some exhilarating action, and a new skin.

The main thing that differentiates this game from others that are similar to it (Overwatch, LawBreakers, Paladins) is the fact that you have this giant monster on your side called the Guardian. These giants will help you in battle, and each team has one, which essentially makes the battles in Gigantic 6v6, instead of your usual 5v5. Now, if you wanted to play the game but never got the chance, it’s now available on Arc for all users (Windows 7, 8, 10, and Xbox One) so now is the time to try it out before it officially launches on July 20th. If you want to wait for the official release on Steam, you can do that also. 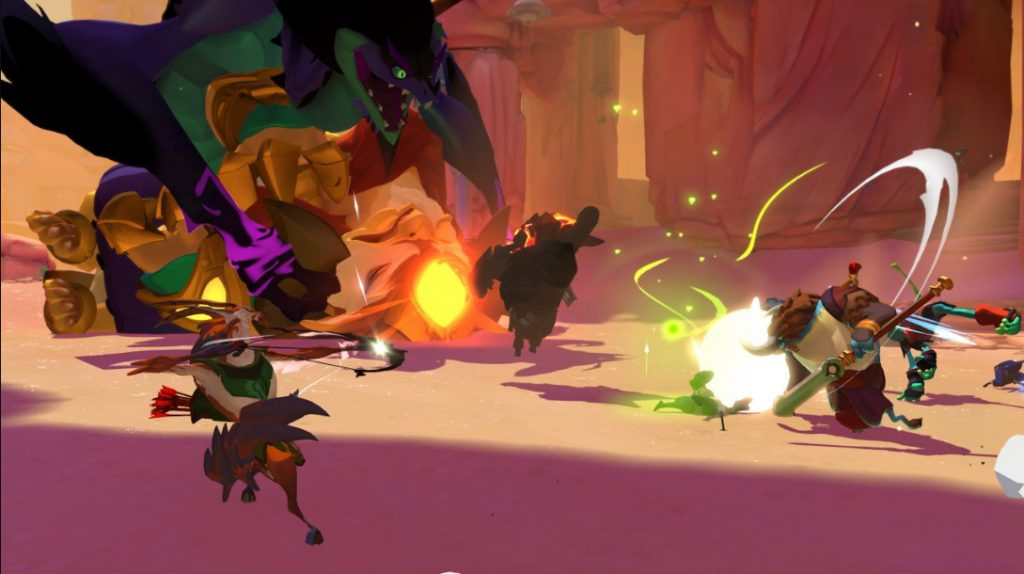 A lot of new features and updates have also come to the game. Bot matches were added in order to allow you to practice before fighting real players, and a voice chat was added to increase the amount of communication that you can have with your team. Each battlefield was also updated, and the game received a lot of improvements to its UI and Heroes. You can read the full Update Notes if you want to, and don’t forget to download the game on Arc and try it out right now!

Experience Mega Action With The Biggest Games Of The Year