Hearhtstone Now Has Over 100 Million Players

Blizzard’s free2play CCG, Hearthstone, has steadily gained more and more players, and now it has over 100 million of them.

The simplicity and the randomness of Hearthstone are probably what makes this game so popular. There are many other card games on the market, yet none of them is as popular as this one. Blizzard just knows how to make something that everyone can get into while also having some sort of complexity that makes you stay. While some will say that Hearthstone doesn’t have any complexity, don’t be fooled. This is a game where luck plays a role, but skill is another factor that determines the outcome of a match in this game.

Anyhow, now that the game has over 100 million players, Blizzard decided it would be a great time to celebrate. You already know how the celebration is going down. We’re getting a ton of free card packs and an awesome quest which will give us a lot of gold. 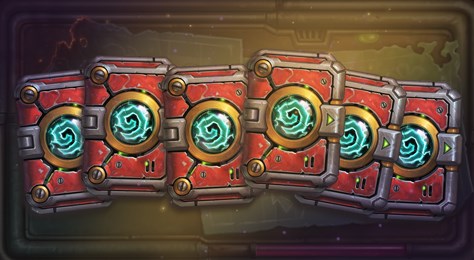 If only we hit these sorts of milestones more often. Starting on November 7th, anyone that logs into the game will get six free The Boomsday Project card packs. That’s quite a lot of card packs, but that’s not all. The “Celebrate the Players” quest will also get activated. The quest requires you to play a friendly challenge with someone from your Friends list. After you do that, you get 100 gold. This particular quest can be repeated five times.

Just remember, you have until November 11th to pick up all of these amazing prizes. Don’t miss out!

Underworld Ascendant Gets A Launch Trailer