One of the marketing points of Fallout 76 is that the only humans were other players, but there is a human NPC in the dev room.

Bethesda, and various other developers, often have a “dev room” which contains all the items from their game. It’s like their stash, and probably a way to quickly get an item or something they need right away. The strange thing is that the Fallout 76 dev room contains something shouldn’t exist in the game, at least that’s what they’ve been telling us from the start. We found out about this in a Eurogamer article.

Why is there a human NPC here when we got told that the only humans in the game were other players? Maybe he’s a part of some future unreleased DLC or expansion. But it’s pretty strange no matter how you look at it. Since they used the fact that players are the only humans around a lot, this all just doesn’t seem right. 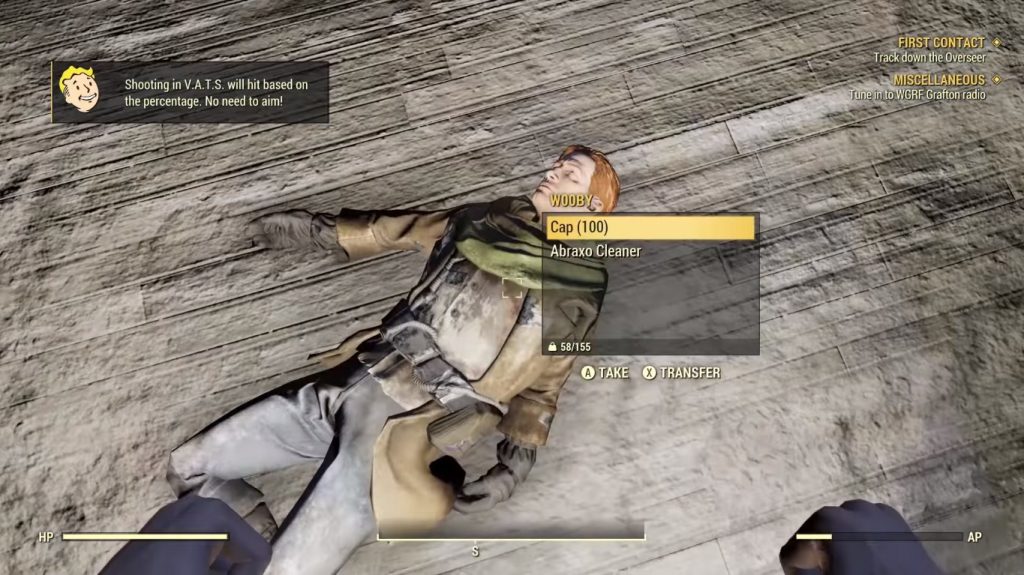 As you can see, his name is Wooby and he doesn’t look special at all. No unique apparel or weapons on him, and he also doesn’t drop any kind of unique loot at all. Bethesda just can’t catch a breather with Fallout 76, as it seems like this game only spells trouble for the once loved company. You can check out this video in which a player explores the dev room.

What do you think, why was there a human NPC in the dev room? Was Wooby there by chance, or is he a part of something that is still in the making?