Metal Gear Solid V: The Phantom Pain is always going to be a divisive title for fans. On one hand, the game is spectacular, and ties a lot of the missing pieces of the Metal Gear franchise together if you’ve been playing since the beginning. But, on the other hand, this was the final game that Hideo Kojima got to make for Konami before his very public firing, and a lot of things Konami did while promoting and reaping the rewards of Kojima’s work in this game still rubs them the wrong way.

But, if you’re still wanting to play the title, or you want a new thing to do in it, you’re in luck. For Konami has announced that the character Quiet is now playable in the game. They announced this on their site, stating:

“You can play as Quiet to infiltrate FOBs. You cannot change her uniform or head options. She is an expert with a sniper rifle, and her steady hands let her take her shots with minimal shaking. Quiet’s movement speed is extremely fast and allows for unique jumping abilities over high steps where a player would usually need a ladder. She can close in on enemies quickly with her special dash, while remaining still for a certain amount of time will make her stealthy.” 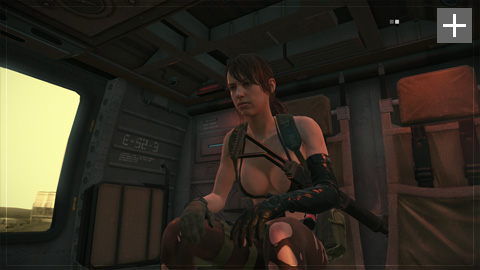 In the game, Quiet is an assassin who defects to the side of Venom Snake, and quickly became a fan-favorite character to many despite her controversial look. Though she could be a team member in Metal Gear Solid V, you could not play as her alone.

Another addition is more difficulty levels for FOBs.

Earn more event points from the the new “Event FOB [HARD]”! In “Event FOB” missions, there is no risk of retaliation (no defending player will invade your base later as revenge), so you can steal materials and abduct staff without fear of repercussions.

The update for the game is live right now.