Have you ever expected to see a crossover between Final Fantasy XIV and Monster Hunter: World? No? Well, neither have we if we’re being completely honest, but we are getting one, and it is looking rather epic. As we all know, the Monster Hunter franchise has always been about killing big and tough monsters, so now we will be able to face the Behemoth from Final Fantasy. Judging from the trailer, the Behemoth is going to be quite a nasty beast to tackle, but with enough preparation and practice, all monsters become pray. 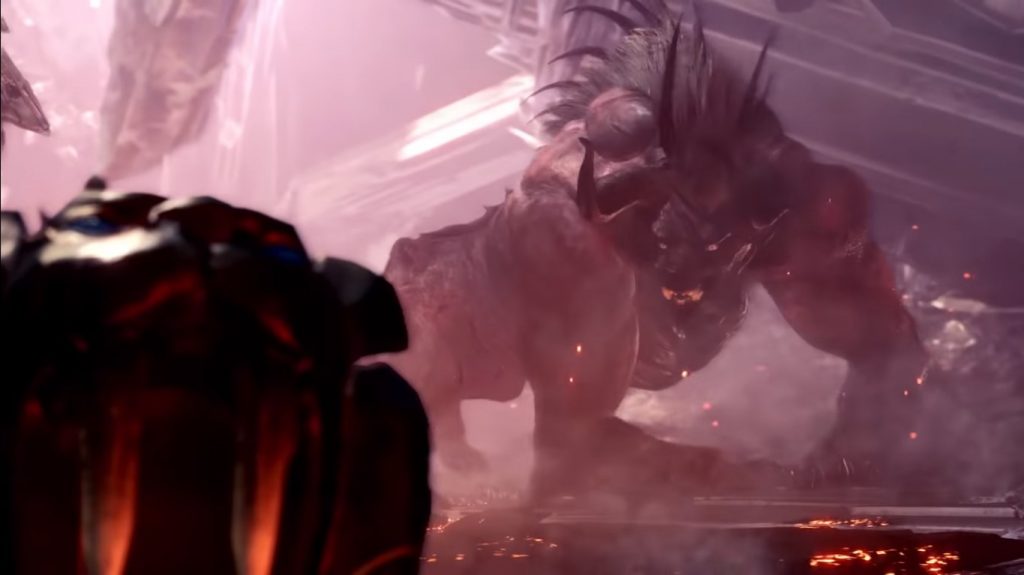 Of course, we won’t just get another huge monster to fight, there are other additions as well. For example, in the trailer which you should go watch right now if you haven’t already, there is a new armor set which looks exactly like the Dragoon artifact armor from Final Fantasy XIV, and we may have even seen the Gae Bolg spear there somewhere. It would be natural to assume that you can craft this awesome-looking armor from the leftovers of the Behemoth if you manage to defeat the mighty beast.

We have to admit, Monster Hunter: World does have quite a few scary looking monsters, but the Behemoth looks absolutely terrifying. But, that’s exactly what this franchise is all about, hunting large and powerful beasts and hunting them down. Then you make equipment out of their remains.