The trailer for the new No Man’s Sky update has been leaked, and it shows ancient alien bones, new biomes, rainbows, and much more. 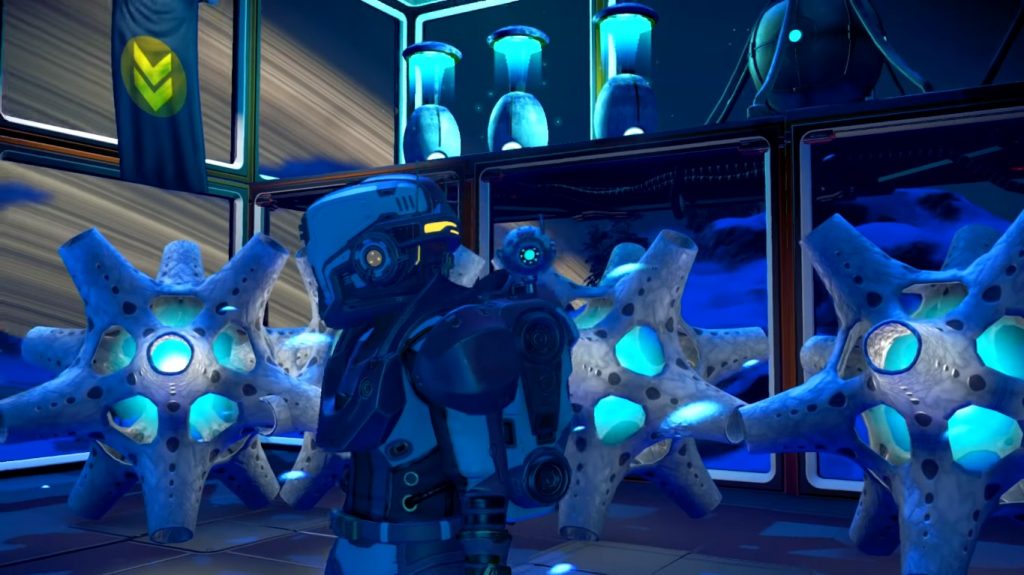 Leaked content or updates or expansions are like early Christmas gifts for gamers. There is just something special about getting to see something earlier that you’re supposed to. Exactly that is the case with the latest No Man’s Sky update, titled “Visions”. What is it bringing to the game? Well, a lot more environment diversity for existing worlds and new exotic ones. Exploration is the highlight of this space adventure sandbox, so new things to amaze us are always welcome.

But, do not worry, other more things are on their way as well. For example, these sand sharks shown in the trailer. These creatures travel underground but have these fins that show where they are on the surface. Quite terrifying things in all honesty. All kinds of new life forms will be waiting for you. Some friendly, others, probably not so much. If anything players are going to encounter rainbows which will definitely improve your mood instantly even if a weird monster tries to eat you.

More dangerous environments and hazardous climates are coming with Visions, and they have special new materials in them for you to obtain. If you’re brave enough that is.

Discovering ancient bones of spectacular extinct alien beasts seems like the most fun part of this update. Yes, No Man’s Sky will be getting space archeology in this update.