Nighthawks is a game made by the same people that brought you Sunless Sea. It’s a text-based RPG that just arrived on Kickstarter.

These times we don’t actually have many great vampire RPGs. We wouldn’t even know this one is in the making if we didn’t see a PC Gamer article that talked about it. Now, let’s talk about Nighthawks and exactly what kind of game this is. As we mentioned in the beginning, this is a text-based RPG, much more old-school than the newer RPGs. But, this isn’t a bad thing necessarily. See you don’t have to develop any kind of complex combat system and do animations and that sort of thing with these games. This means that the developers can focus more on the story, the RPG mechanics, and those sort of things. 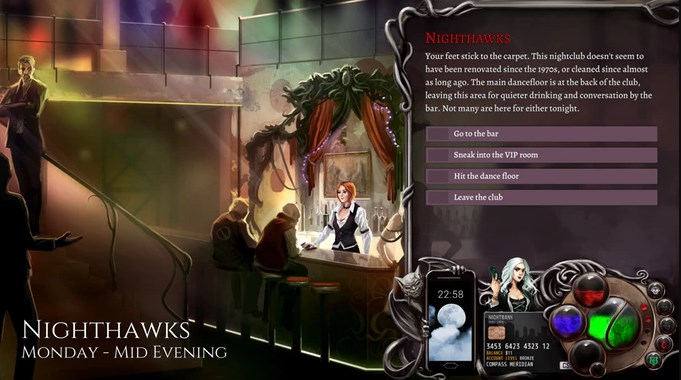 Those of you that are familiar with Sunless Sea already know that the narrative of that game is absolutely superb. The way the world and the story are presented is incredible. That’s why we’re expecting to see that in Nighthawks as well. The most interesting thing about this game to us is the fact that it’s set in a world where vampires don’t hide in shadows. The world is aware of the existence of these nocturnal predators, and we are excited to see how humans and vampires are going to interact with one another. 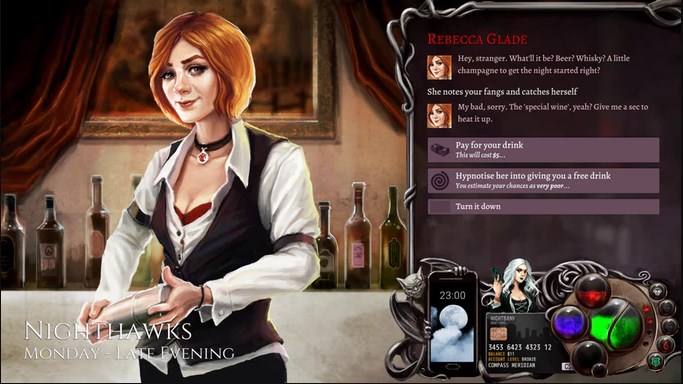 Morbid humor, grim horror, and incredible RPG elements. Those are the things we want to see in the Nighthawks. If you want to support the game on Kickstarter, feel free to do so. It looks like a project that won’t disappoint.