Far Cry 5 is a massive game, and part of that massive size is the fact that you can use companions to help you on missions and take down a lot of bad people. There are people who fly planes and helicopters, people who wield flamethrowers, expert snipers and bow users, the works. You can even recruit a bear named Cheeseburger to your cause. No joke. But, the question is, where do they all go if you’re not using them in the game? Well, this question has been asked by many, and now, we have an answer.

PC Gamer did a test to see what would happen to the companions, and it turns out that the majority of them, with some exceptions we’ll explain in a bit, go to a place called the 8-Bit Pizza Bar. Here, they hang out with one another and eat, drink, exercise, chat with the other companions, anything they want while they wait for you to call them back or get the job done. 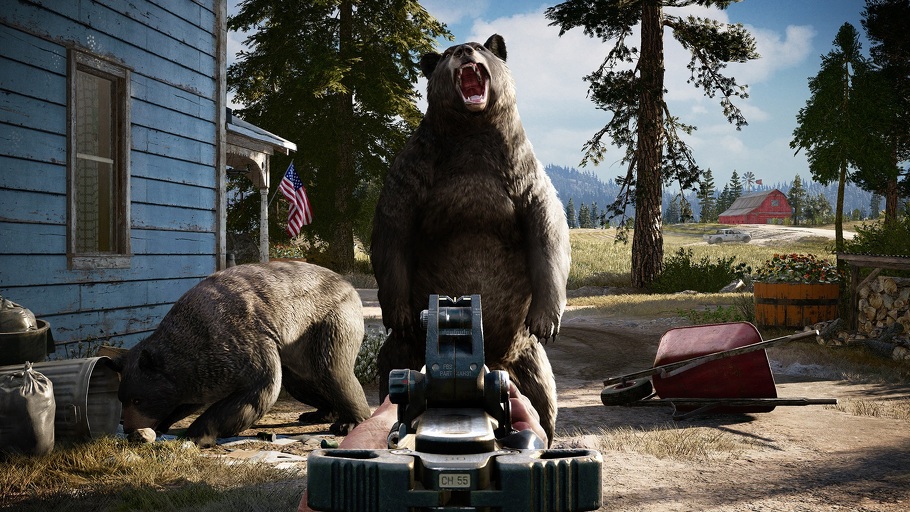 Now, the only exceptions are Cheeseburger the bear who returns to where you found him, the Fang Center. Then, there’s Grace, who goes to a silo sometimes instead of to the bar. Aside from them though, everyone goes to the pizza bar.

This is an interesting thing because it proves that Ubisoft thought about nearly everything when making this title. Including what would happen to the companions when they are dismissed. They could’ve easily just teleported them away and put them in random spots all over town. Instead, they decided to create a fun little Easter Egg that players will no doubt enjoy when they find it themselves.

If you’re looking for the pizza bar, it’s in the Henbane River region, just west of the prison. Go check it out and see what the others are up to!

Pete Hines Of Bethesda Talks About Future With Nintendo

Hand of Fate 2 Got An Endless Mode