Predator: Hunting Grounds is an asymmetrical shooter where four poor bastards have to avoid the most dangerous hunter in the galaxy and it will be available on the PS4 and the PC.

The curse of asymmetrical titles

Do you know what’s the hardest part of making an asymmetrical game work? Creating an enjoyable and engaging experience for both parties. Predator: Hunting Grounds doesn’t look like the title that will innovate in that area. Hell, you don’t even get to see what the human soldiers get to defend themselves with, while the Predator classes and weapons get all the shine for us to see. Why is that? Because everyone wants to play as the cool alien hunter that can go invisible, has plasma canons, deadly discs which you can control while they fly, and so on. But, only one player can play as this alien hunter. The other four are ordinary soldiers. Why would anyone want to play as a plain old human?

See, can you make it fun for both the Predators and the humans? Is this possible? Evolve certainly failed to do that. Dead by Daylight kind of makes it works. Friday the 13th has a lot of balancing issues so they failed at that aspect as well. Asymmetrical multiplayer games are tough to make, and many of them don’t live for long.

Human soldiers didn’t get any spotlight

I’m just angry with the trailer or the website doesn’t say anything about the human soldiers. What are our options? The website says this:

Gain access to a wide variety of options to decide your soldier’s playstyle. Pick a class to determine your proficiencies, equip various weapons to unleash your firepower, and use many more options to bolster your soldier’s loadouts.

Basically nothing. It appears that the soldiers have to do some missions and then get to the chopper. Yes, an actual reference to the 1987 Predator was made by these people. Still, it’s been a long time since we got to play as an alien as badass as this one. Predator: Hunting Grounds is coming to PlayStation 4 and the PC on April 24, 2020. 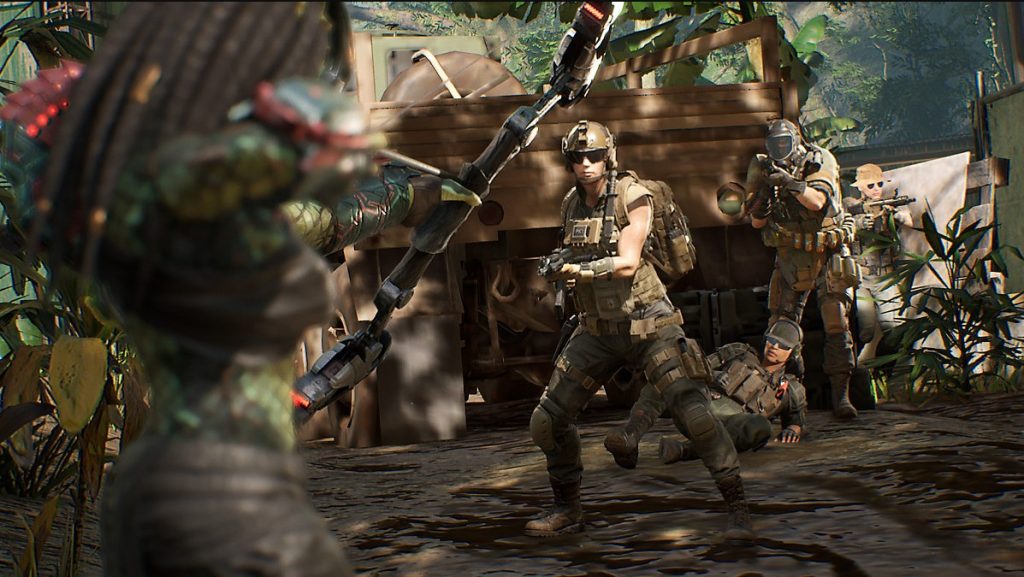 Anyone that’s interested in titles like this should check out Dead by Daylight on HRK Game that’s available right now for an awesome price!