Rainbow Six Siege is Free to Play This Weekend

If you’re yet to try out Tom Clancy’s Rainbow Six Siege, then now is the time to do so as it’s free to play until February 20th on all platforms, which includes PC, PS4 and Xbox One.

Those who choose to take part in the R6S free weekend will be able to carry over progression into the full game, though this won’t be available if you decide to go with the Starter Edition. 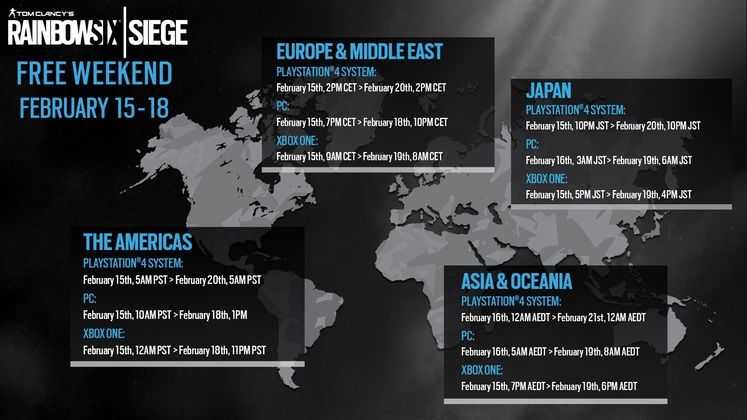 Ubisoft stated in the recent announcement:

“Join over 25 Million players this weekend! Discover the intense gameplay of Rainbow Six Siege full of close quarters combat, tactical team play, high lethality and explosive action. All weekend, you can access the full game for FREE: including all of the maps, modes and operators.”

In other Siege news, the game is now into its third year since release, and will be adding the Operation Chimera content on March 6th. This will introduce a new co-op mode known as Outbreak, which is looking very exciting indeed. So needless to say, there is a lot for fans to look forward to at the moment for fans.