Most of the time when gameplay of an upcoming title like Red Dead Redemption 2 gets leaked it isn’t just 23 seconds of it.

We didn’t expect a leak to surface 4 days before the game got released, but then we stumbled upon this Eurogamer article. It got us pretty excited, as everyone likes leaks. They are like previews, but ones the developers didn’t release and most likely don’t approve of. That’s what makes them so enjoyable. 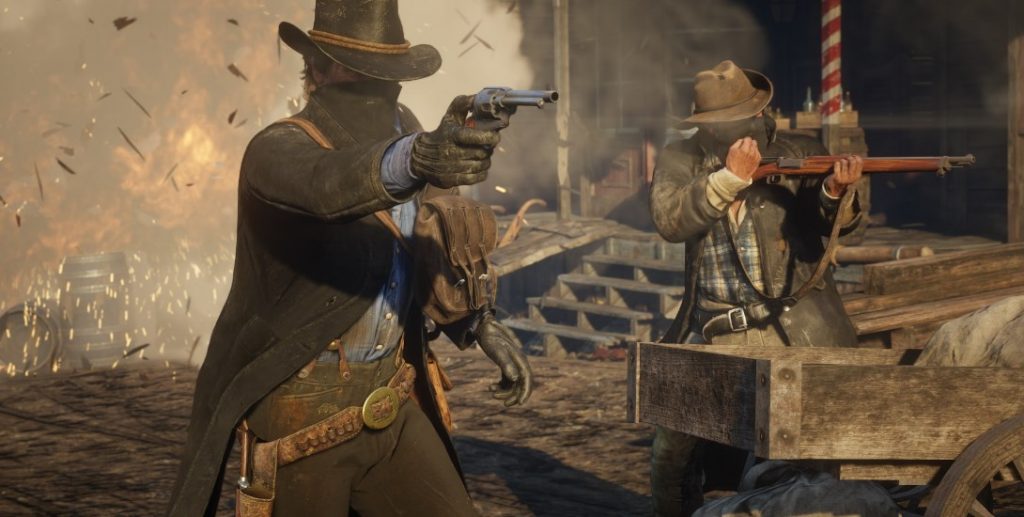 You can watch the leak here if it’s still available by the time you read this. Even if you don’t end up watching it, you won’t miss anything. See, when you find out someone leaked some footage of the game, you expect to see quite a lot. Unfortunately, this Red Dead Redemption 2 leak wasn’t all that amazing.

The leak basically shows how one guy rode into a camp and just murdered a bunch of people. Granted, the people killed were probably threats, so they were neutralized. But, this little gameplay peak showed us that Red Dead Redemption 2 is going to be one spectacular title. Everything from the slick gunplay to the stunning graphics promises a very captivating experience. It really does look like the Wild West version of GTA V. And we love it.

Will Rockstar ever release the game for PC? Maybe, maybe not, we’re hopeful. But, if our hope doesn’t help us, we’re just going to buy a PS4 to play this game.

Halloween Skins Are Coming To PUBG