Though it came off as a rather odd title, especially one made by Rare given their long history, Sea of Thieves is slowly winning over the people who play it. The recent beta certainly helped change minds, and the idea of a true pirate MMORPG seems to be enchanting many. Yet, there are some questions that players can’t help but ask. Some of which refer back to the core gameplay aspects of the title.

For example, one of the big gameplay hooks is that you get to form your own crew via other online players. Then, with this crew you can sail the open seas, hunt for treasure, go into giant ship battles, etc. However, the maximum amount of people you can have in a crew is four. That’s actually pretty small when you compare it to other MMORPGs. So, what’s the reasoning behind this? 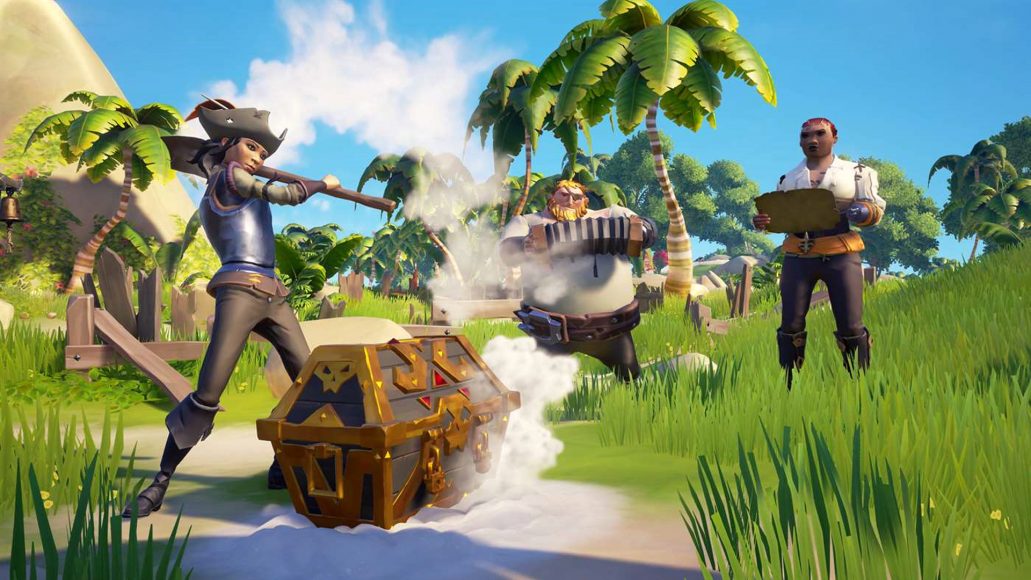 Well, Lead designer Mike Chapman talked to IGN and revealed that it all boils down to testing and communication. Recent beta tests helped prove that 4 was a good number, and that going beyond on that might break off the communication that is vital for a crew to work together.

“The biggest ship was designed for four,” Chapman explained when asked why that became the maximum. “We’ve looked at feedback and of course there’s people who want an 8-player ship, a 10-player ship. The thinking there, as with everything in this game, is really intentful.”

Now, if you’re uncertain about this, do take heart that there could be changes, after all, the game hasn’t launched yet:

“Of course, we’re going to keep looking at this beyond launch”, continues Chapman. “There may be other things we’ll do with ships in the future.”

What do you think? Should the crew sizes be bigger in Sea Of Thieves? Or should it remain how it is now? Let us know your thoughts in the comments below.