The Xbox One version of Monster Hunter: World will be enhanced with new gestures and a new sticker set as part of the Street Fighter V DLC. This set is now available via the store through Xbox One, so get your hands on them and add a classic fighter feel to the new epic release.

The Street Fighter V Sticker Set is priced at £1.59, and as to be expected it will deliver a new set of stickers. Meanwhile, the Hadoken! and Shoryuken! Gesture DLC packs are priced at £3.19 each, and are exactly what you’d expect them to be, given they are two of the most recognized gestures from the fighting franchise. 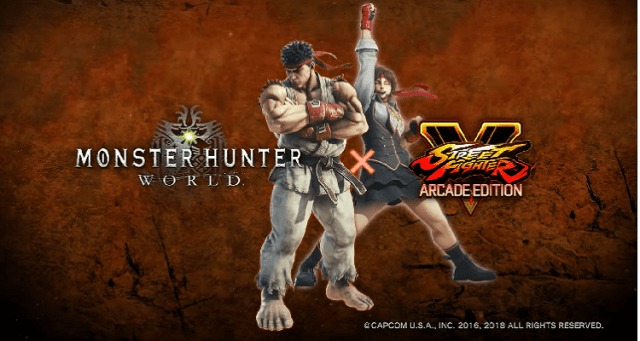 If you’re a fan of the Street Fighter series, and are looking to express that in Monster Hunter: World, then you can now do so at a relatively low price. It’s not a crossover many would have been expecting, considering the difference between the two games, even though they are both made by Capcom. Not only that, but Street Fighter V is a PS4 exclusive, so some may be surprised to see any form of content being released on Xbox One, even on such a small scale.

Monster Hunter: World is now available on PC, PS4 and Xbox One.

Rainbow Six Siege is Free to Play This Weekend