Giggling Inventor, Mana Wyrm, and Aviana have all been nerfed in the latest Hearthstone balance patch for being too powerful in the current meta. 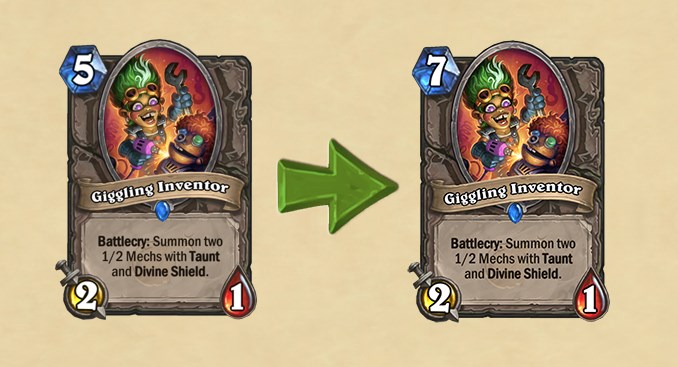 Giggling Inventor is a card that had a power level too great for one card. Absolutely all decks could somehow fit this card into their roster, and it would work. It became such a problem that people started running Blood Knight and Mossy Horror just to deal with it. Giggling Inventor basically acts as a wall that you can’t get through easily, and the stat distribution is offensive enough to make it viable in aggro and zoo decks. That’s why it got a huge nerf, and it is now a 7-cost card. 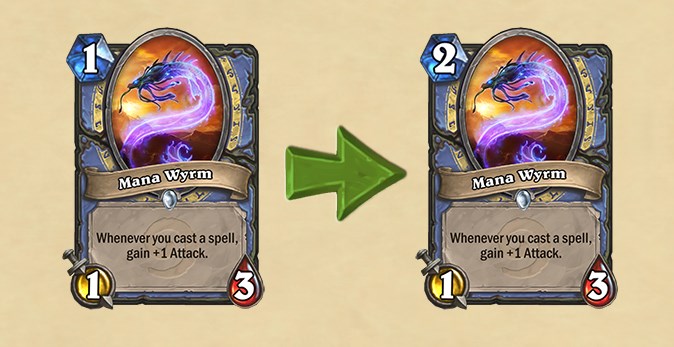 The other problem child in Hearthstone isn’t one card, but a type of deck. Tempo or burn Mage, whoever you want to call it, has been wreaking havoc upon the battlefield. Now, the best card in these Mage decks is the Mana Wyrm, one of the best one-drops in the game. If you can’t deal with this card in the first few turns, the Mage will just burn you with cheap spells, which also buff the wyrm. Combine these two things together and you get a dead opponent before turn 6 starts. It is now a two drop, so you have more time to deal with this hellish creature. 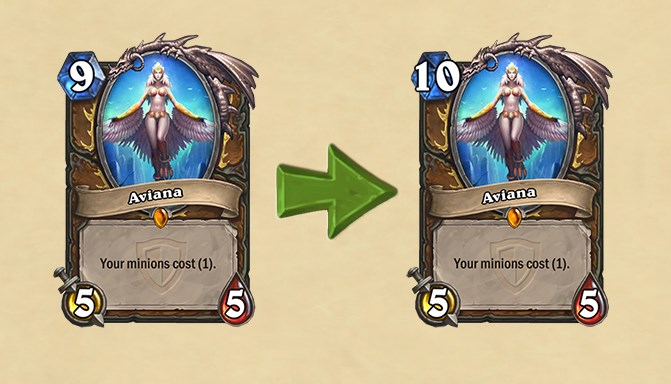 Lastly, we have Aviana, the scourge of the Wild format. The Wild format allows for all cards, so there are some pretty crazy decks out there. But, Druid rains supreme in this format thanks to their ramp cards and Aviana. Many combo decks run Aviana, Kun the Forgotten King, and Juicy Psychmelon. They ramp to 10, use Juicy Psychmelon to get their combo pieces, drop Aviana, use Kun to get 10 Mana Crystals, and then proceed to wipe the floor with you. Now, these combos won’t be possible without a coin or Innervate as Aviana is now a 10-cost minion.

These nerfs are pretty fair, and it’s good to know that Blizzard still cares about the wellbeing of the meta in Hearthstone.

Destiny 2: The Festival of the Lost Has Started