The video gaming experience of gamers changes when they move across platforms depending on the level of technology and sophistication of accessories used.
Let us discuss the experience of playing on various gaming platforms such as PC, PlayStation, Xbox, or consoles developed by Nintendo.
Gaming on PC: Let’s admit that most of us have gained video gaming experience on PC before graduating to other platforms. Windows supported PC games have arguably a larger gamers’ count compared to its rivals:

In fact, you can have a great video gaming experience on multiple OS while playing on a windows. These can be on Linux and Mac. You can find the Linux supportable games and also Mac supportable games on our online store. 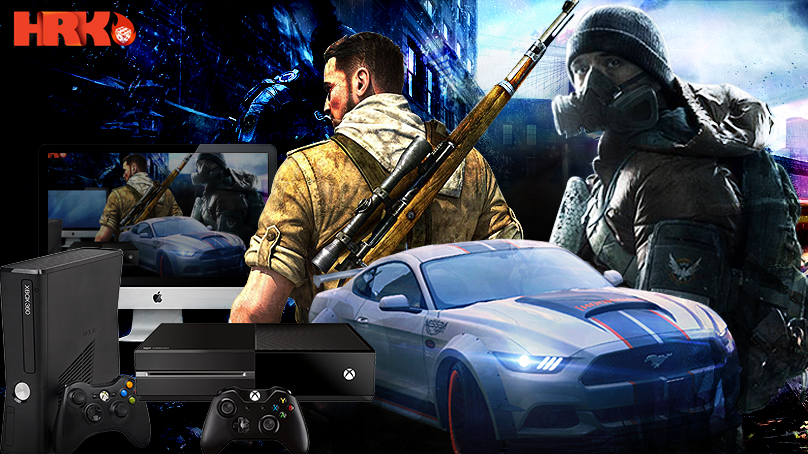 Gaming On Consoles: These dedicated portable platforms have come as a boon for gamers with their multiplayer capability and presence of accessories like joysticks but their high cost can put off some. Visit our online game shopping site to buy games that can be played in deferent consoles. Let’s discuss the video gaming experience on a few consoles:

Xbox One: While there will always be a clash of one-upmanship between rivals Sony and Microsoft, playing games on Xbox One such as Grand Theft Auto V, Fifa 18, and others can be one hell of an experience.

In fact, you can play games like Forza Motorsport 5, Call of Duty: Ghosts, Battlefield 1, Assassin’s Creed Unity, etc. by buying game keys from our online store.

Xbox 360: This successor to Xbox from Microsoft has competition from PS3 and Nintendo Wii. It features an online library called Xbox Live with both free and subscription based games available. In fact, you can get the game keys of Max: The Curse of Brotherhood from our online store.

Nintendo Wii U: As a successor to Nintendo’s Wii console and competing against PS4 and Xbox One, the touchscreen enabled and HD graphics supporting Wii U offers many games on its gamepad. You can get game keys for titles like Splatoon, Super Mario Maker and The Legend of Zelda: Twilight Princess HD from our online site.

Nintendo 3DS or 3DS: Provides 3D video gaming experience without the need to wear 3D glasses. The console is backed by Nintendo’s network where gamers can play games that were released in legacy video game systems. The most popular games played on this console are the famous Pokémon series and others like Animal Crossing: New Leaf, Super Smash Bros, and Mario Kart 7 among others – game keys available on our online video game store.

Virtual Reality(VR) : Arguably the most real like gaming experience ever offered, a virtual reality game comes with wearable goggles and a built in screen. The screen offers many gaming environments, which combined with graphics, sound, and other features, build a make believe world for you and I. The game keys of VR games available on our site are Euro Truck Simulator 2 – Scandinavia, and ARK: Scorched Earth – Expansion Pack, among others.

The above platforms are being developed further with new features like advanced VR, secondary screens, and cloud gaming etc to let you and I have enhanced the experience of playing games in deferent platform like never before.