Your purchased Steam keys will be available immediately. (More)
Once you buy 2017 VR Steam PC on HRKGame, you are going to receive a digital activation code (aka CD KEY) of 2017 VR instantly. You can then activate your 2017 VR CDKEY on Steam and start downloading it!

Earn up to $1.44 with our affiliate program!

“2017” is an excellent VR Co-op Survival game, in which players from all over the world gather together in teams to try and hold back the zombie hordes and prevent the outbreak from spreading any further. You won't miss it!

The only way to survive, is through good teamwork. Rescue your teammates when down to get them back into the fight, deal with any zombies outside their field of vision, mend broken windows and doors whilst they are busy shooting, etc. Explore the game map carefully to discover useful items or warning signs like, petrol canisters, working intercom systems, a laptop lying on a counter still with some charge or the warning cry outside of ravens startled by something moving.

With the supply boxes found around the game maps, survival players can randomly obtain medical supplies, ammunition packs or a variety of weapons. Each opening of the supply box costs coins, which are earned through killing zombies. Executing a headshot brings an additional coin bonus to the player. 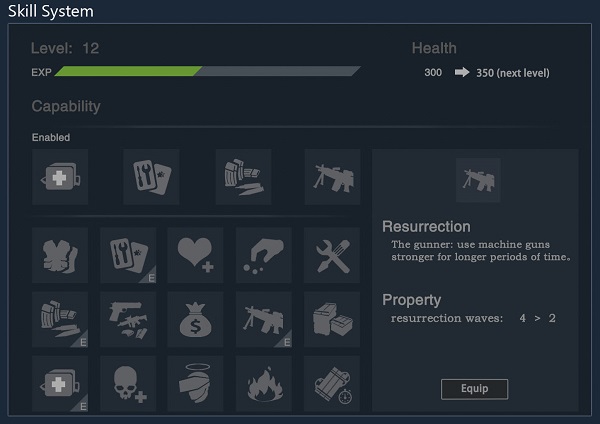 “2017”is a multiplayer FPS which supports up to 4 player Co-op in game. Although multiplayer is not a mandatory requirement, we strongly recommend to you the benefits of joining a survival team to support each other, provide overwatch, medical care and maximize your chances of survival through safety in numbers.

We provide a standard ranking system in game. Invite your friends to join with you to shoot apart the zombie plague and see how high you can rank amongst all the survivors across what is left of the world.

Before first starting the game, make sure there is enough cleared space surrounding you, with no furniture or any other items around, which may cause injury whilst wearing the headset. Ensure all motion controllers are fully charged.