Your purchased Steam keys will be available immediately. (More)
Once you buy 7 Days to Die Steam PC on HRKGame, you are going to receive a digital activation code (aka CD KEY) of 7 Days to Die instantly. You can then activate your 7 Days to Die CDKEY on Steam and start downloading it!

Earn up to $0.37 with our affiliate program!

7 Days to Die is an Early Access survival horror game.

When did 7 Days to Die come out?

How many people can play 7 Days to Die?

7 Days to Die lets 2 players experience the game through split-screen co-op. The game also has online multiplayer for up to 4 players.

Where can I buy 7 Days to Die?

Buy a 7 Days to Die key and

Throw yourself in this merciless post-apocalyptic world filled with bloodthirsty undead. This combination of first-person shooter, survival horror, and tower defense mixed with RPG elements is something you can's miss out on. The game has combat, mining, exploration, looting and crafting, and even character growth. It's a unique experience unlike anything you've ever seen before.

7 Days to Die and its Key Features:

Explore the World, Craft Weapons and Tools, and Build Forts

7 Days to Die has gigantic and rich environments with many distinct biomes to explore. Create weapons, armor, tools, and even vehicles. Over 500 recipes are available. Expand a ruin or create a fort from the groundup. Make your perfect haven with turrets, electric power, gadgets, and much more. The entire 7 Days to Die world is destructible and moldable.

Work with others or take them down as you raid their bases. This wasteland has no rules but the ones you choose to follow. Once you buy a 7 Days to Die key, you're free to use any of the 800 in-game items and 1,300 building blocks to play the game how you want to. Increase 5 major discipline skills in this complex survival RPG.

Enjoy the Navezgane campaign world, or take on a randomly generated one. There are over 400 unique locations to discover and over 50 distinct zombie archetypes to take down, each with its own attack patterns and behaviors. Can you endure the game's hardcore survival mechanics that come with 50 buff boosts and ailments?

7 Days to Die has buildings and terrain that collapse under their weight if damaged or badly constructed. Be careful when you're scavenging the world for guns, tools, armor, and clothing. Players can even meet Trader NPCs that buy and sell goods and offer quest jobs. Customize your character, design and create your own vehicle, and head out to conquer the world.

Buy a 7 Days to Die key and enjoy this complex and unforgiving survival, FPS, RPG hybrid!

The Fun Pimps are happy to announce that we'll be participating as an exhibitor at TwitchCon 2022 - San Diego! We will be promoting a brand new twitch extension with exciting new features, coming in Alpha 21. Some of you may have already seen in Prime's Twitch.tv streams! Our new Twitch Extension for 7 Days to Die aims to make it easier than ever before to help or harass your favorite streamers. Viewers can spend free points (or even bits) to interact with their favorite streamer. They can help ...

Hello Everyone! We have another stable patch for Alpha 20. With the overwhelming majority of the team working full steam on A21, we took some time to merge fixes and changes to A20 for your enjoyment. Due to Microsoft requirements, custom prefabs can no longer be saved directly to the game folder. They will be saved to the User Defined Folder (UDF). This default location is: \AppData\Roaming\7DaysToDie\LocalPrefabs To avoid having to re-save each POI one at a time in the prefab editor, all POI's...

Hello everyone! Today we have a small update patch for Alpha 20.6. We wish all of you a great weekend! A20.6 b9 Added Auto ping all found servers once Fixed Non-XBL players were not shown being blocked when communication was globally blocked by XBL privacy settings News screen scroll makes a sound even if you are on the first or last page Voice chat not always properly disabled

Hey Survivors, 7 Days to Die is now on sale for 70% off from August 1st to August 8th for Steam’s Survival Fest Sale. Play the Survival Game that came first. Navezgane awaits!

Hello Everyone! While Alpha 21's production goes full steam ahead, there are a list of fixes compatible with A20 we did not want you all to wait on any longer! To participate: 1. right click on the game in steam 2. click on properties 3. click the "betas" tab 4. the drop down menu will have latest_experimental available ← you want THAT 5. select that and wait for the game to download. Due to Microsoft requirements, custom prefabs can no longer be saved directly to the game folder. They will be s... 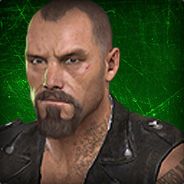