Loading
Description Requirements Latest News Reviews
For over 300 years, the five planets of the Kotiro galaxy and its citizens have struggled under the heavy hand of maniacal, mechanical bots called Spiral. As the metallic army's relentless pursuit of the resource Black Sand begins ramping up exponentially, a few brave heroes decide to fight back.

Enter Black Sand Drift: A wholly unique shooter built from the ground up with the PC in mind. So what makes this SHMUP stand out from the crowd? Well, to begin with, there is a heavy emphasis on characters and story; and through the 25 levels spanning 5 different locals, the dialog driven narrative will play out with lots of interesting and strange revelations culminating in a spectacularly whimsical finale.

Created with the keyboard in mind, using the WASD in combination with the SPACEBAR feels tight and responsive; a must for any game challenging you with leaderboards. And because there are 25 separate local and online boards to tackle, you will appreciate the smooth controls. The ARROW keys and CONTROLLER support are also available as alternatives!

The music consists of 25 tracks—1 for each level—featuring guitars, bass, drums and vocals; a rarity for such games of the same creed. Every aspect of Black Sand Drift has been intentionally tweaked to present you with something wholly unique from anything you've played before.

Between the music, controls, graphics, breadth of story and overall experience, I hope you find something here that truly inspires and evokes the emotions we all crave as dedicated gamers. Thank you for checking out Black Sand Drift!

The Tilda’s default weapon's system fires an automatic stream of bullets, giving the player a means to fight the deadly Spiral forces. However, this is not the only weapon at your disposal; there are also 15 powerful Special Weapons spread out among the 25 levels. 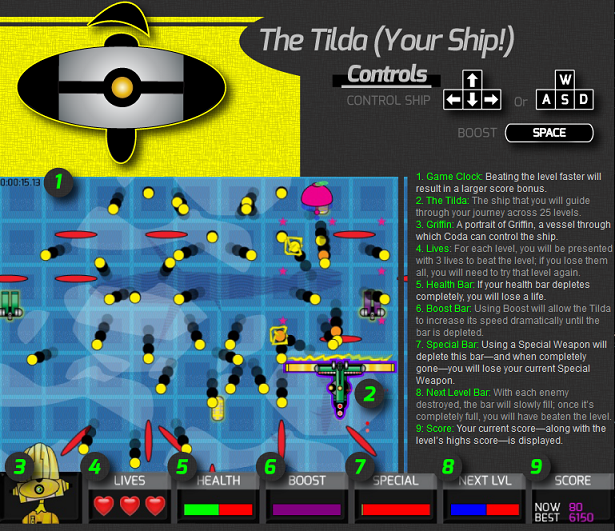 For every level you beat (without cheating), you will unlock a special image accessible from the main menu; everything from concept art to alternate versions of characters and more, all straight from the pages of our sketchbooks. 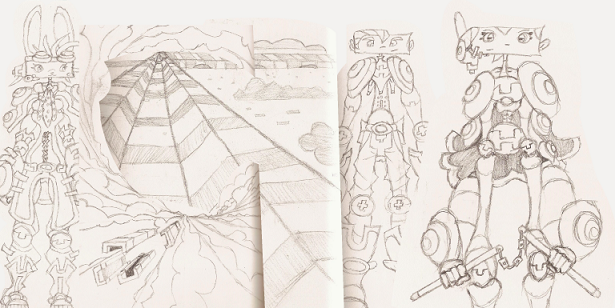 + Fixed the black-screen bug + Added visual feedback for Turbo Mode and Visions + Tweaked fonts for better clarity + Game runs even better after sizable tweaks to the engine Developer Notes: After recently installing an update to Windows 10, Black Sand Drift started launching incorrectly; all that displayed was a black screen and the music! After some research, I found some folks with similar issues and some advice for fixing it. Well, now it's fixed! In the process of patching things up, some a...

+ ALL LEVELS UNLOCKED from the start! + Fixed grammatical errors Developer Notes: Unlocking all 25 levels from the beginning (as opposed to needing to complete the stages in numerical order), brings a huge change to the game experience in general, as well as strengthening its fundamental ethos. Black Sand Drift--and its scope--is meant to offer the player a large amount of diverse content, all of which could be experienced in its entirety or piecemeal. For example: The music, the story, the coll...