Region
Platform
This product is currently unavailable.
Get Notified

Minecraft is a sandbox survival video game made by Mojang Studios. Minecraft was originally created by Markus "Notch" Persson in Java.

When did Minecraft come out?

Minecraft was first revealed to the public in May 2009 and officially released in November 2011.

How to play Minecraft?

Minecraft offers two main gameplay modes, one being Survival and the other being Creative. Survival casts the player into the world where they have to create their own buildings, gather supplies and food, and create equipment. In Creative players get supplies and there's no Hunger bar and every block the player touches gets destroyed immediately.

How much is Minecraft?

The price of Minecraft varies depending on your location, but the price is always around 24 euros. However, HRK Game has a much better offer for you if you're looking to buy a cheap Minecraft key.

Minecraft is a game that focuses solely on player freedom and unlimited creativity.

The player can explore, interact with, and alter a dynamically created map made out of many kinds of blocks. Along with blocks, there are various plants, dangerous creatures, and other things found in the world that you're going to find and interact with.

Minecraft lets you create buildings, mine for ore, battle vicious creatures, and make new blocks, tools, armors, weapons, and potions. Minecraft takes pride in its excellent open-ended approach to survival gameplay. There is no real way to finish a game of Minecraft but the biggest accomplishment one can strive for is slaying the Ender Dragon, which is a task that can't be completed easily.

Buy a Minecraft key and thanks to constant content updates and a thriving modding community, you're going to have a game that always has some new content for you to experience and enjoy!

Start with nothing and slowly acquire everything

Once you hop into a world in Minecraft you're transported into a procedurally generated map with nothing in your inventory. From there on out, everything goes. A lot of things can end a player's life in this game, be it falling from a high place, suffocating, drowning, lava, fire, monsters, etc.

But for each failure, you're going to discover something new. A bed recipe, a new kind of food, a new kind of ore. And the thrill of discovery and constant and balanced progression will keep you hooked for a long time.

Make sure your hunger bar is always full. After all, Minecraft is a survival game first and foremost, and starving will slowly deplete your health bar. First, you're going to create a house using many of the available blocks. Then starts the biggest gameplay loop once you start mining and exploring the gigantic world. You're not prepared for the amount of content that a game like Minecraft has.

Upgrade your tools and weapons, craft some armor, and push on to the next area. Minecraft's a survival game with absurd amounts of content, from items, to mobs, to areas, to blocks. If you're comfortable with others then you can hop into a world with other players in Survival or Creative modes and have a blast! 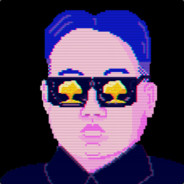 Michael van Straten
Sept. 11, 2019, 1:37 a.m.
Cheap and really easy to connect with other friends on other platforms! Also really fun to play and they are doing their best to put in some really good updates with DLC
Earned 5 Gems for review

Steam Žaidimai
Oct. 2, 2019, 9:45 a.m.
Best sandbox game ever for it's price! The creativity in this game is unlimited!
Earned 5 Gems for review 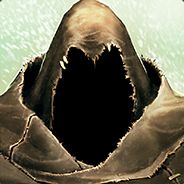