Ben Brode is probably the face of Hearthstone, a man of immense charisma which you’ll love immediately as soon as you hear his contagious laugh. After ten years of working at Blizzard and its CCG, he decided that he wants to seek out new adventures, and so he’s leaving the company. This is definitely a shock, as there was no indication of him wanting to leave the company, at least as much as we could see, but it’s true. Ben Brode is saying goodbye to Blizzard and Hearthstone. 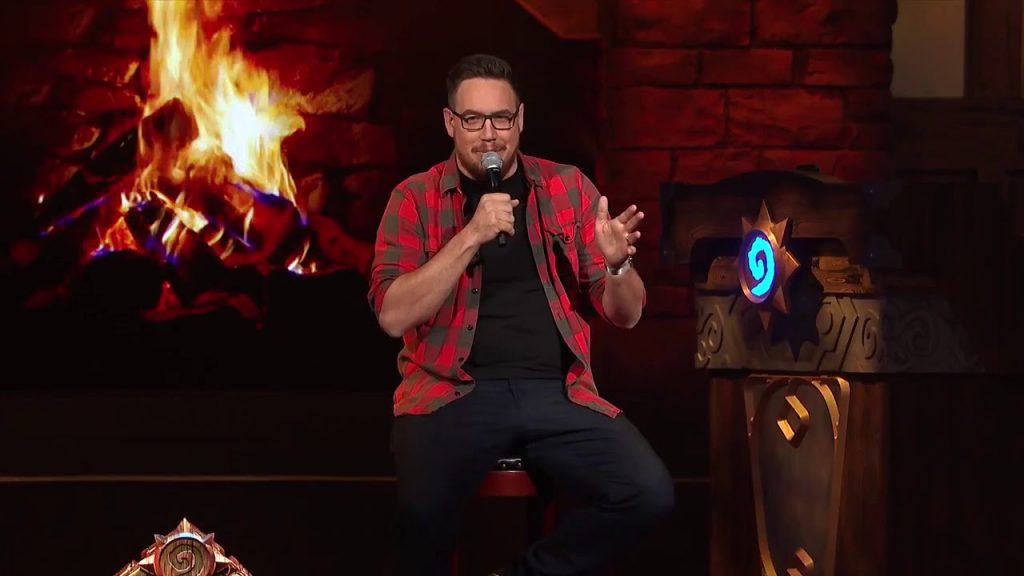 His colorful personality was one of the best things about this man, and his love for Hearthstone was really something special. He and his team poured their hearts and souls into the game, and that can be seen with how they interact with the community and listen to their requests. Hearthstone has really grown since it first launched, and that’s all thanks to the dedication of Team 5. Ben Brode said in his official statement just how much the team was special:

There is no team like the Hearthstone team. People have come and gone over the 10 years Hearthstone has been in development, but there’s something special about the Soul of the Team. We knew our most important product wasn’t the game, but the team itself. A great team can do great things, and I think the Hearthstone team is the greatest. It isn’t just a job. It’s a shared passion. We get to come to work and focus on the game we love and try to make it better every day.

His enthusiasm and charisma will definitely be missed, and it’s a shame to see him go after he’s been such a big part of the game, but we wish him the best of luck in his future endeavors!

Bayonneta 3 To Be Very Different From Predecessors