In today’s world, you can never truly know if something was leaked by a random person by chance, or if it was leaked on purpose to produce hype. That is especially true in the gaming industry, as even the developers themselves know that players will get really excited once they stumble upon “leaked” information. Now it looks like we have some leaked information regarding PES 2019 and its official licenses and the release date. The leak contained other major things like the MyClub feature, which is getting completely redone, 11 new skill traits, and something called “Visible Fatigue” which will have something to do with stamina. 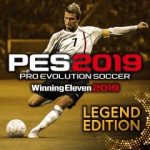 Someone obviously screwed up, as the Evo-Web post which found out about this leak posted a link to the PlayStation Store that even showed the release date for PES 2019, which is, according to the site, August 30th. The link now leads to a page that doesn’t exist, meaning that it was only available for a brief time before someone noticed this slip-up. We even got to see the cover of the game’s Legendary Edition which has David Beckham on it. The description on the store page said that the game is going to have “authentic leagues”, which means that Konami is trying to get more official licenses for its game.

It is still not confirmed as to whether these leaks mean anything, but most of the time they end up being true, so does that mean that we will be getting PES 2019 this year in August? This is the year where we get to see who ends up on top, PES or FIFA and we can’t wait to see both games and how they play once they get released.

A Fallout 4 Mod Brings The Terminator To The Game