It’s incredibly sad at times the lengths that people will go to screw with others. As if it’s their life mission to mess with people on some level and make their very small mistakes infinitely regrettable. Such things happen in video games more often than you might think. Cheaters, hackers, and more come up with very creative, and very dangerous, ways to try and mess with other people. And now, Minecraft is the latest game to fall victim to their “creativity”.

On the PC version of Minecraft, you can get custom skins for your character via other players online. This is a tried and true practice for the game, and up until now, it bared no ill will towards anyone. However, as found out by PCGamesN, there have been certain skins that have been infected with Malware and put onto the store, and because of that, over 50,000 players have been infected with various forms of malware. These are some of the infected skins, if you see these, do NOT download them. 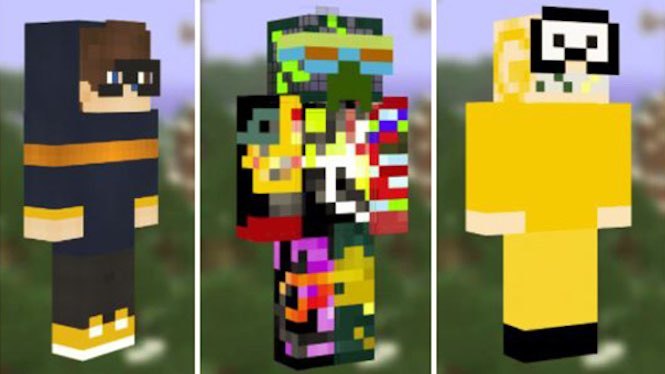 Specifically, this is “malware designed to reformat hard drives and delete backup data and system programs.” Which is a very bad thing and something you definitely don’t want on your PC in your home.

What’s worse, is that the people behind the malware have a sense of humor, and they’ve left certain messages that will pop-up and taunt you and “guide” you to buy a new PC because the one you have is infected.

Now, the reason you don’t hear stories about this is because Mojang, the developer of the title, looks at all submitted skins by players before allowing them in the game. Which shows just how deep this malware was hidden that it would slip by them.

Again, if you see these skins, do NOT download them, for your own and your compters safety.