We talked about the latest nerfs that Blizzard announced for Hearthstone, and now they are here. Surprisingly, besides the changes to certain deck archetypes that needed a power adjustment, there were even changes to a card that is now only available in the Wild format. The most hilarious change to us is another nerf to the Rogue quest, which the Hearthstone team just can’t seem to balance at all, as it always ends up being just a tad bit too powerful whenever it is played in a tournament. But besides that, cards that were nerfed are Naga Sea Witch, Spiteful Summoner, Dark Pact, Possessed Lackey, and Call to Arms. 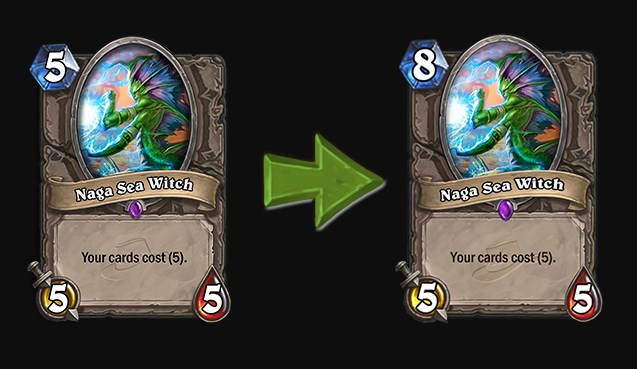 As you can see, the Naga Sea Witch nerf was absolutely brutal, but that was because she allowed for some really unfair tempo turns in the Wild format, especially when it came to giants. Basically, once you get the Naga Sea Witch on turn 5, you drop her and 4 or 5 giants with her, and if your opponent has no immediate answer to your board, they just lose. Now, when it comes to the regular Hearthstone format, Spiteful Summoner, Possessed Lackey, and Call to Arms all got their Mana Cost increased by 1, as the decks they were featured in (Spiteful Druid, Cubelock, Control Warlock, Even and Aggro Paladin) were all a bit too powerful, so their core cards got hit.

This is one of the less ridiculous nerfs that we’ve seen in Hearthstone, but it might be just enough to tame the meta and tone down these decks that use big tempo swings and unfair advantages to snowball the match.

The Dauntless Intro Cinematic Is Awesome