Sony Executive Was “Horrified” By God Of War Gameplay At First

One of the things that gets underappreciated in video game development is how much the team has to work on something until it’s “good” or better. Many think that it’s simple coding, when it’s actually a bunch of factors. A good example of this is the God of War PS4 game that came out in April. Many hailed it as a masterpiece, and the best of the franchise (which is mighty big praise), but according to one of the team, at one point, they also had a crisis situation with the combat.

Cory Balrog, head of Santa Monica Studios the creators of God of War, noted to Gameindustry.biz that one time he had President of SIE Worldwide Studios, Shuhei Yoshida, come over to the study to try out the combat for the game, and it didn’t go well at all:

“He’s playing, he’s got scrunched up shoulders, head shaking a little bit,” said Barlog. “I definitely get the feeling while he’s playing that he’s not having the greatest of times – which is great. I mean, it bums me out a little bit, but that’s what I brought him in here for.” 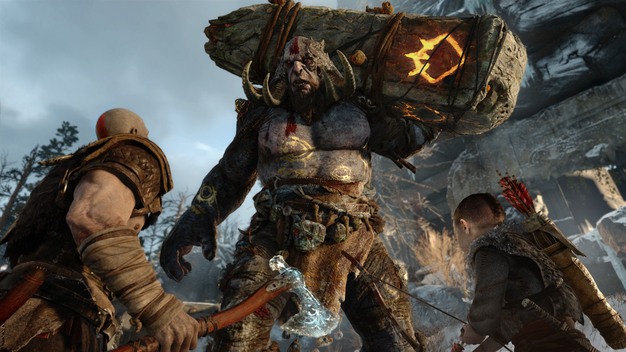 He was serious about wanting that reaction, because at the time, the team at Santa Monica hadn’t gotten the gameplay to the level he felt it needed to be at. And because of one of the executives at Sony coming in and noting how bad it was, it got the team going to fix things.

“In the end it worked,” said Barlog. “He played it again, and you can see the two different poses of [Yoshida]. Horrified is much more rigid. The second time, he was not horrified. It was super good. Very exciting.”

So as you can see, though the game was good in the end, it didn’t start out that way.

PlayerUnknown’s Battlegrounds Releasing In Full On Xbox One On Sept. 4th