Milestones are very important for video games, especially ones that prove a game has been selling very well, or at the very least, well enough to be happy about. The Warhammer universe has a wide array of titles spanning several different in-game universes. This makes it incredibly diverse, but can also make it hard to reach certain milestones. Their most recent game release was Warhammer: Vermintide 2, a sequel to the hit hack-n-slash Horde Mode title. Today, they announced that there have been one million copies sold of the game.

This reveal came straight from the dev team on their website, where they noted:

“Today we passed an amazing milestone – we managed to reach 1,000,000 players in less than five weeks after release. Our goal has always been to create the best co-op experience possible and we are happy to see that so many like our game.”

To further cement how big Warhammer: Vermintide 2 is in the eyes of its players, the team released an infographic showing off some stats on the game. 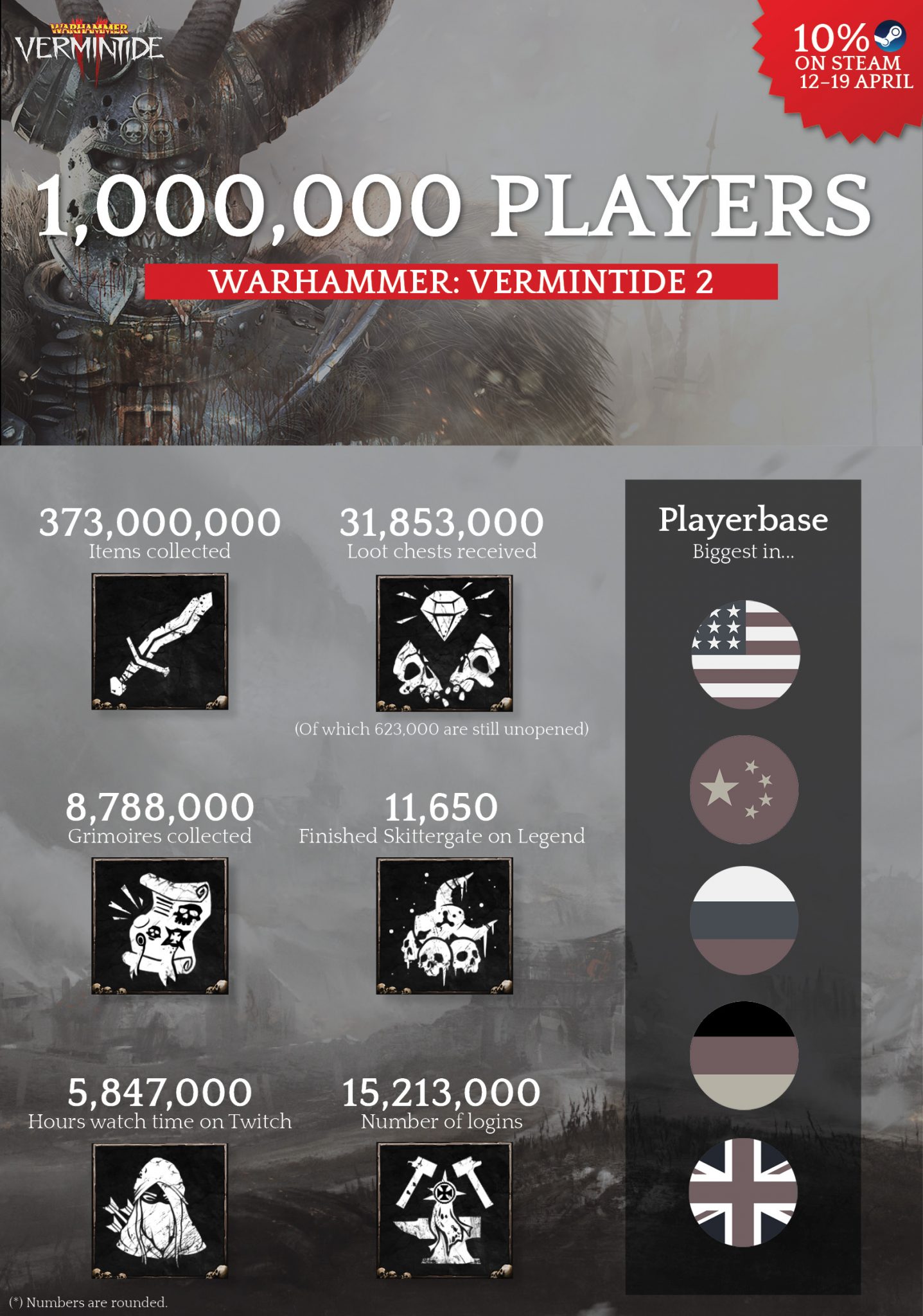 Those are some impressive stats, as well as an interesting look at where Warhammer: Vermintide 2 is being played at the most. Didn’t expect China to be so high on the sheet.

To show appreciation and gratitude for those who have bought the game, the team are making the title and the special Collector’s Edition of the game cheaper to buy on Steam. You can get 10% off either version of the game until April 19th. So, if you’ve been wanting to get it, but haven’t had the time or wanted to wait and see what others thought, this is likely your best opportunity to get it.

Warhammer: Vermintide 2 has made everything bigger and better, including throwing in the Chaos Army for you to battle alongside the Skaven masses. So pick your character, team up with your friends, and take them all out.