For games, there are few things worse in the gaming world than another person cheating. For developers, that is taken to a different level, as they hate nothing more than a person copying their game. You’d think that with modern laws (and the law of parody) that this wouldn’t happen that much. But it does, a lot. And developers have to be ever wise in order to fix what might get broken. Fallout Shelter is a very popular mobile title from Bethesda, and it appeared as though Warner Bros copied that title.

How so? Well, to promote the second season of their hit show WestWorld, they made a mobile game that was very similar to Fallout Shelter in everything but the individual character art. In fact, when legal action was taken against Warner Bros, they stated this:

“As one of the world’s leading creators of intellectual property, including the ground-breaking television series Westworld, Warner Bros. has a deep respect for intellectual property rights.  As such, the assertions by Bethesda Softworks that Warner’s Westworld mobile game improperly used source code from Bethesda’s Fallout Shelter are as surprising as they are unsubstantiated. 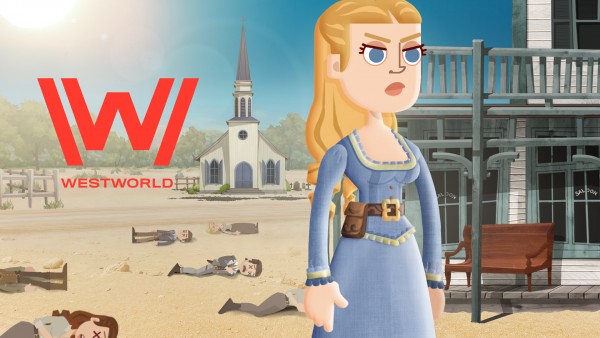 On one hand, it seems like a pretty open-and-shut case. Either Warner Bros via their dev team Behavior copied the game, or they didn’t and it’s just a case of Law of Parody. What the answer truly is though…we won’t know. Because both parties released a statement stating the following:

“Bethesda Softworks and Behaviour Interactive jointly announced today that the parties have amicably resolved the lawsuit Bethesda brought against Behaviour and others related to the Fallout Shelter and Westworld mobile games”.

Amicably seems to imply that both teams reached a peaceful and joyous solution to the problem. And notice, that neither game was stated to have to be “shut down” for whatever reason.

Diablo 3: The Darkening of Tristram Event Celebrates Diablo I

Super Smash Bros Ultimate Singer Talks Being In The Game

Ubisoft Originals Is the Brand of All Future Ubisoft Titles